22 March 2015 | by Fred VE3FAL  |  Share |  Tweet |  Leave a Comment (2)
With a morning temperature of -13c and windchill still about -18c in the morning Gary VE3ODE and myself decided it was still too nice a day to waste inside and that we were going to head out to the lookout again with the new Chameleon F Loop to give it a field test. We were on site by 1600z and we wanted to get set up and catch up with some of the RaDAR crew and the HFNow gang. Bands this past week were far from being in great shape after the CME we had on Monday morning, but it appeared that Saturday the bands were probably better than we had seen in the entire week.
The nice thing about the area we are operating from is not only the view of Pine Bay and Lake Superior but there is no line noise or man-made noises that affect us, only things we hear are the wind, birds and small wind chime that is hanging in a tree. 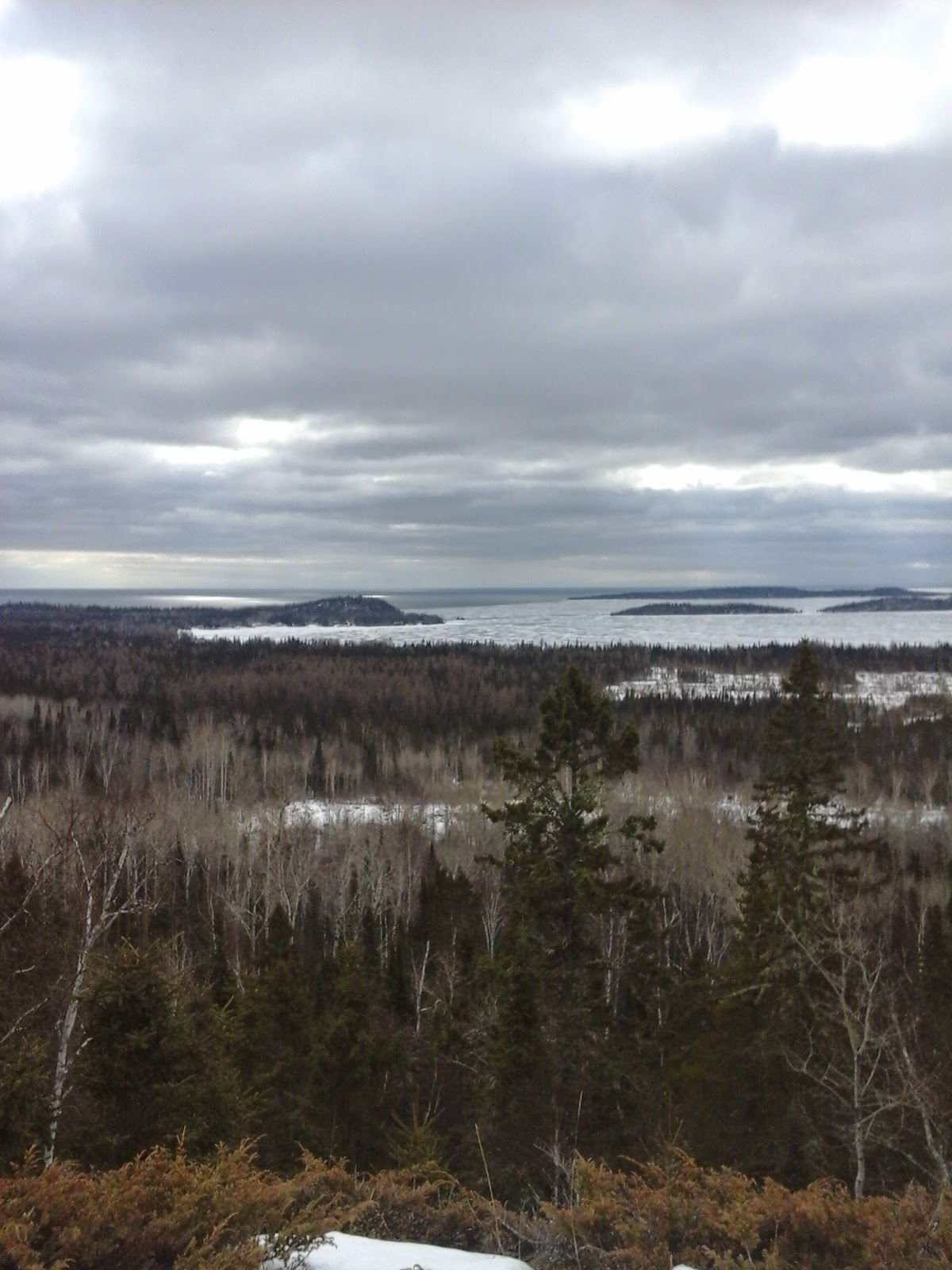 We took a couple rigs with us and few antennas to play with but our main goal today was to assemble and test the New Chameleon Antenna Mag Loop called the F Loop. This unit posed to be very easy to assemble and use and had great results , but more on that later. I have many Chameleon products and I am very happy with the quality and performance as well as the support that Carl gives to his customers. In my YouTube video you see me unpacking the antenna from the box, in the field I am assembling the unit and testing it live. The antenna when in the Condor pack with everything but the large loop section weighs in at 2.65kgs, so fairly light by most standards. 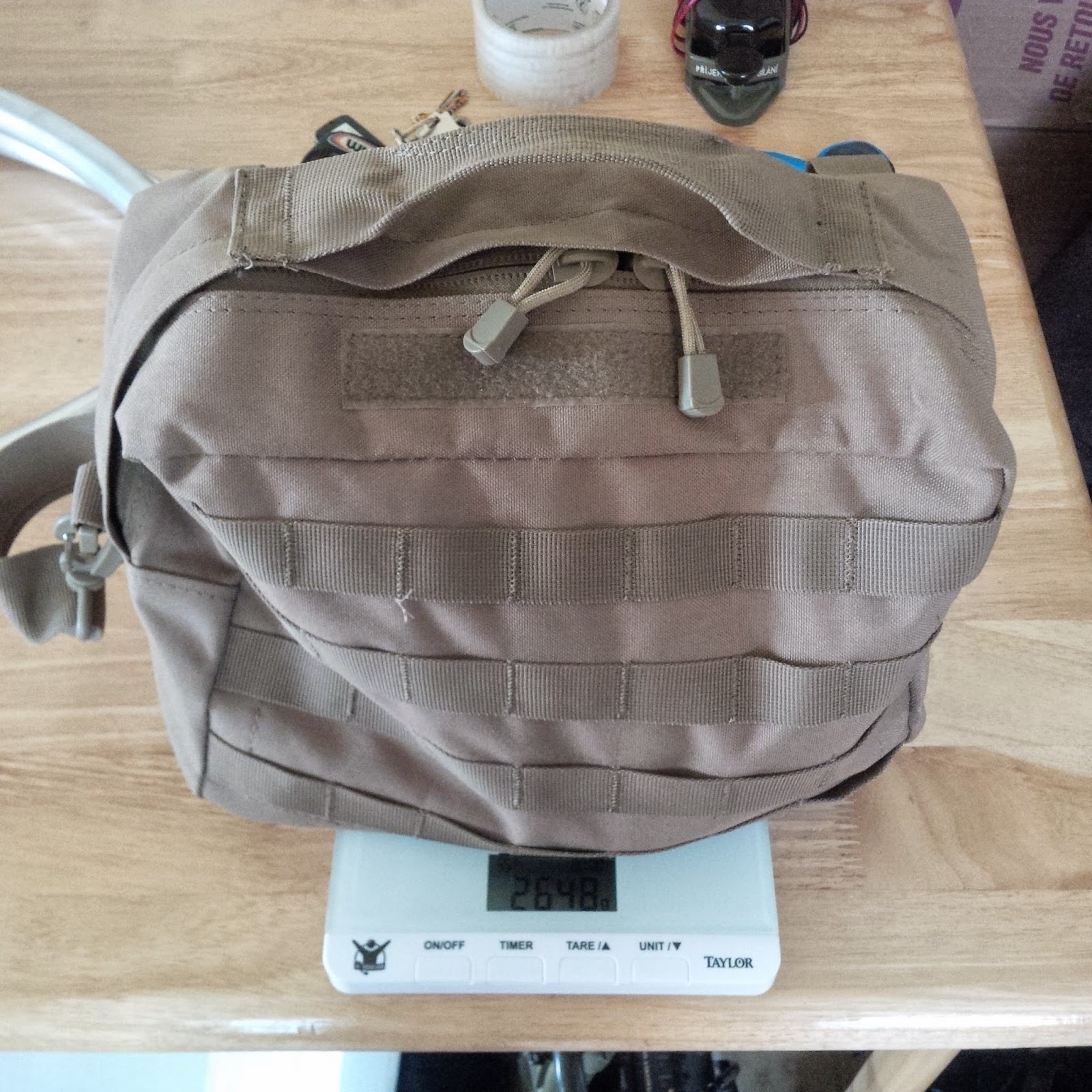 We brought the IC-703 and the KX3 seen its first cold day to try and operate in. Once we hit the lookout the sun was bright and the temperature was -10c and about -14c with windchill and wind speed was at 10-12km/h. But the rock I was laying on was warm as was the snow around it melting fairly quickly from the heat.
Once the antenna was assembled and coax attached we brought out the IC-703, tuner in by-pass, battery attached we went straight to 18157.5 mHz and was able to hear Greg N4KGL working some others, Greg was low in signal at first but I associate that too band cdx and his QRP operating cdx. as well as I heard other stations working him much louder, we attempted a few calls to Greg but we were not heard. I called for Budd W 3 Fast Freddie a few times but he was not on the frequency, I tuned up just a bit and was pleasantly thrilled when I heard Budd make a call on 18.159, he heard me first call running 10 watts to the loop with the IC-703, BIG SMILE on our faces you bet! We worked Budd and then was able to exchange 5×3 reports both ways with Joe W5SAN in TN. who was bike mobile with his IC-703 and hamstick configuration. While testing with Budd he asked me to turn the antenna to see if it made any change on signal, and sure enough the sides of the loop showed directivity and his signal along with others we listened too improved on my end. Budd noted signal strength showed no huge changes but I was louder, even with the fading we had today and some noise from the solar godz signals were good, Budd was running 50 watts and his signal was 5×9 peaking 20 at times on the IC-703 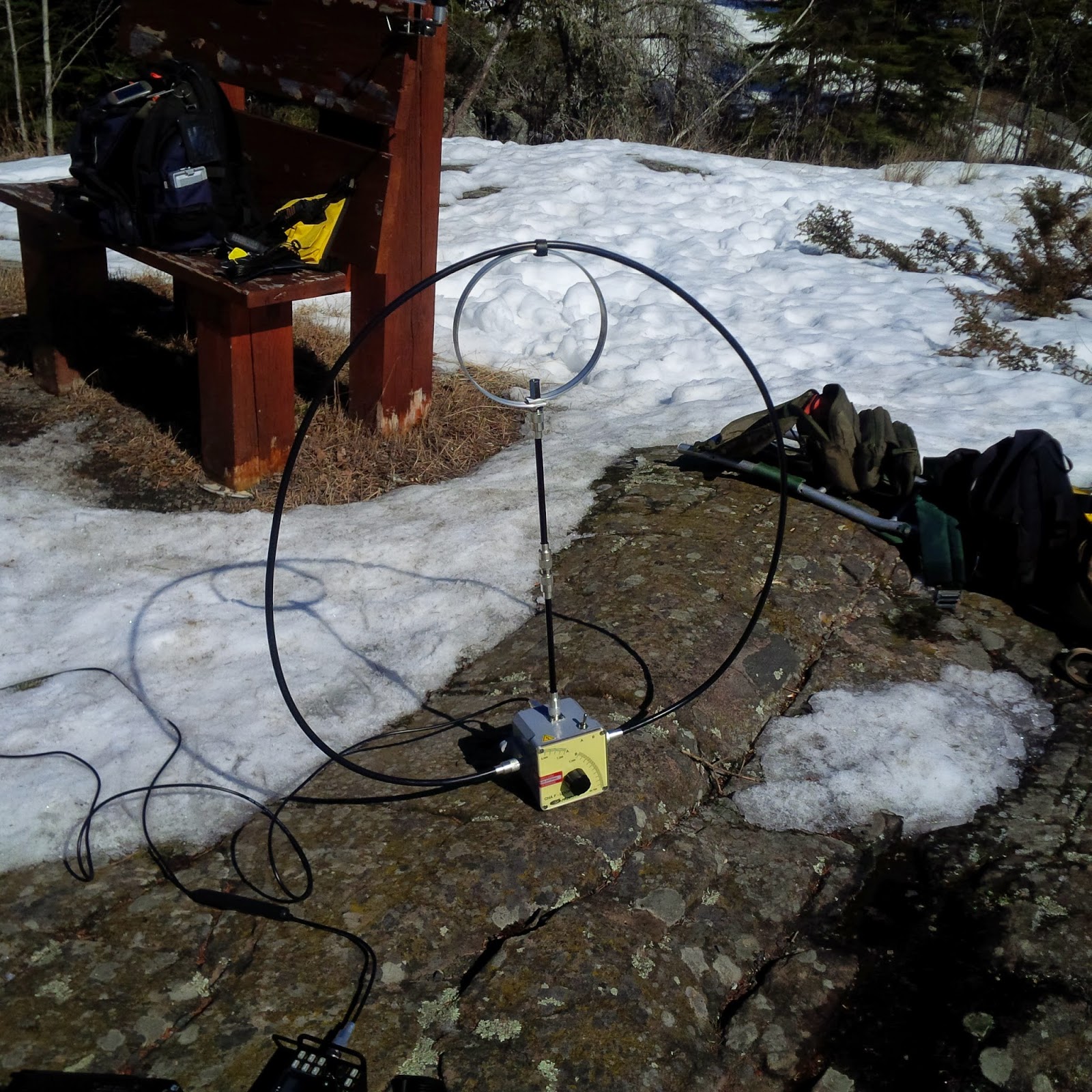 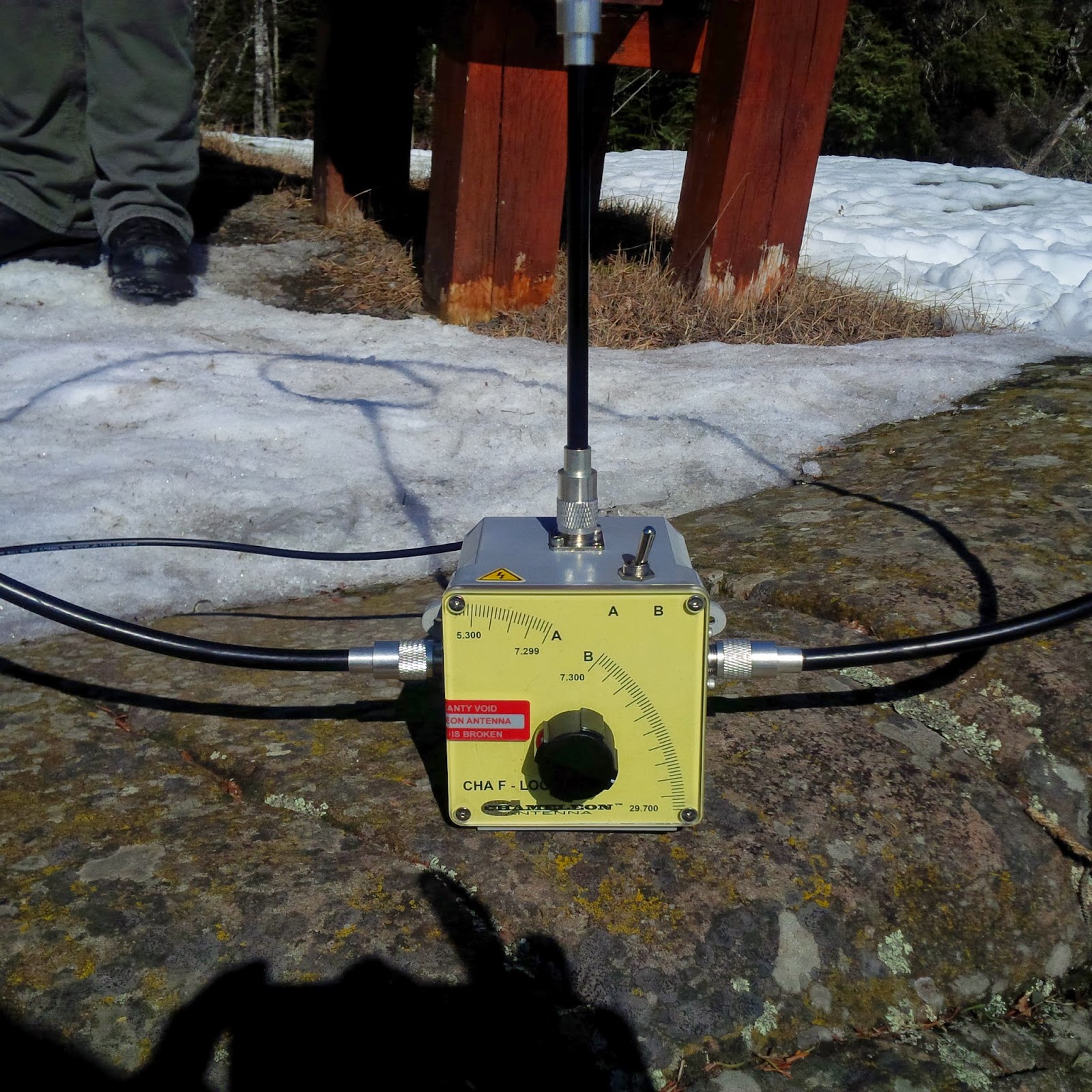 So I then switched to the KX3, I think the cold was affecting the radio though as I had to crank the volume to 50 in able to hear the signals, combine that with weak signals on the band and was a bit of a chore to hear with the small speaker, but the best thing was I made a contact into Florida with KD4ZU running 5 watts on SSB from this rig. He said I had a great signal at his end was very much copyable with no problems. So 3 contacts on initial setup of the new Chameleon F Loop was indeed a great success for us, assembly was easy with no issues at all, and packing and unpacking into the Condo bag was easy as well. The tuner can also be mounted on a tripod if needed as it has a hole pre-drilled for that purpose, as you seen we had it sitting on the rock and had no issue running it.

A quick test of WWV on 10 megs also showed the directivity qualities of the side of the loop and the signal peaked quite well. It was now 1900z and we decided to pack up and head back down from the lookout and head home knowing we had another successful RaDAR and HFNow operating day after bands being so bad all week.

My latest video can be found here on my YouTube Channel:

Thanks goes out to:
Carl at Chameleon Antennas
HFNow group
RaDAR Group
Gary VE3ODE (Camera man and friend)
Teresa (VE3TLL) my YL who encourages me to get out and play radio
Elecraft for making a great radio like the KX3
ICOM for the hardy IC-703 of which Gary and I both own
Propagation Godz for opening up the bands
George and Mary-Anne who have allowed this beautiful spot to be viewed by others

Take care gang and be back shortly with more reviews, test and just plain fun.

Fred Lesnick, VE3FAL, is a regular contributor to AmateurRadio.com and writes from Thunder Bay Ontario, Canada. Contact him at [email protected].