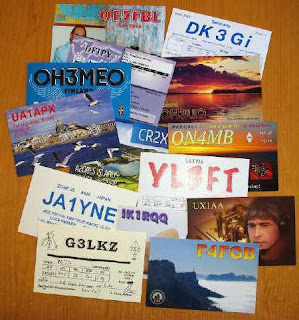 The batch of bureau cards last week included several cards from Europe and were probably the last I'll get for my Cycle 24 10m fun, using the homebrew Tri-Tet-Ten.


As mentioned previously, this rig was the culmination of wondering, for many many years, if I could get a single 6L6 to work well enough on 10m CW, using a 40m crystal ... quadrupling to 10m ... and still have enough useful output to work Europe! As well, the note would have to be 'acceptable' as I realized that any crystal chirping would be multiplied four times, during the quadrupling process. 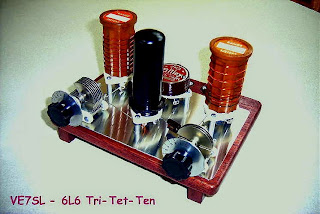 The evolution of my eventual transmitter, is described in more detail here, where you can also hear what the tone sounds like. Suffice to say, the results were much more than I had ever hoped for and during the peak years of this past cycle, many enjoyable hours were spent on 10m CW with my one tube tri-tet crystal oscillator.

I guess I could always move down to 20m CW but, for me, this just doesn't have the same appeal or sense of satisfaction as using it on 10m or what I like to call, "the other magic band". Who knows what Cycle 25 will bring to 10m? I may get another chance yet, if the solar prognosticators are all wrong!
Steve McDonald, VE7SL, is a regular contributor to AmateurRadio.com and writes from British Columbia, Canada. Contact him at [email protected].