Back to basics with the IC740

For the last few weeks, the IC-740 which was sitting quietly under the bench had been niggling at me. I had no HF rig on the operating bench, other than the FT-847 which gets used on VHF mostly. I’d taken the FT1000MP off the bench a while ago and didn’t feel that excited about using it. In fact, I’d thought about selling it – though haven’t really thought that through yet. 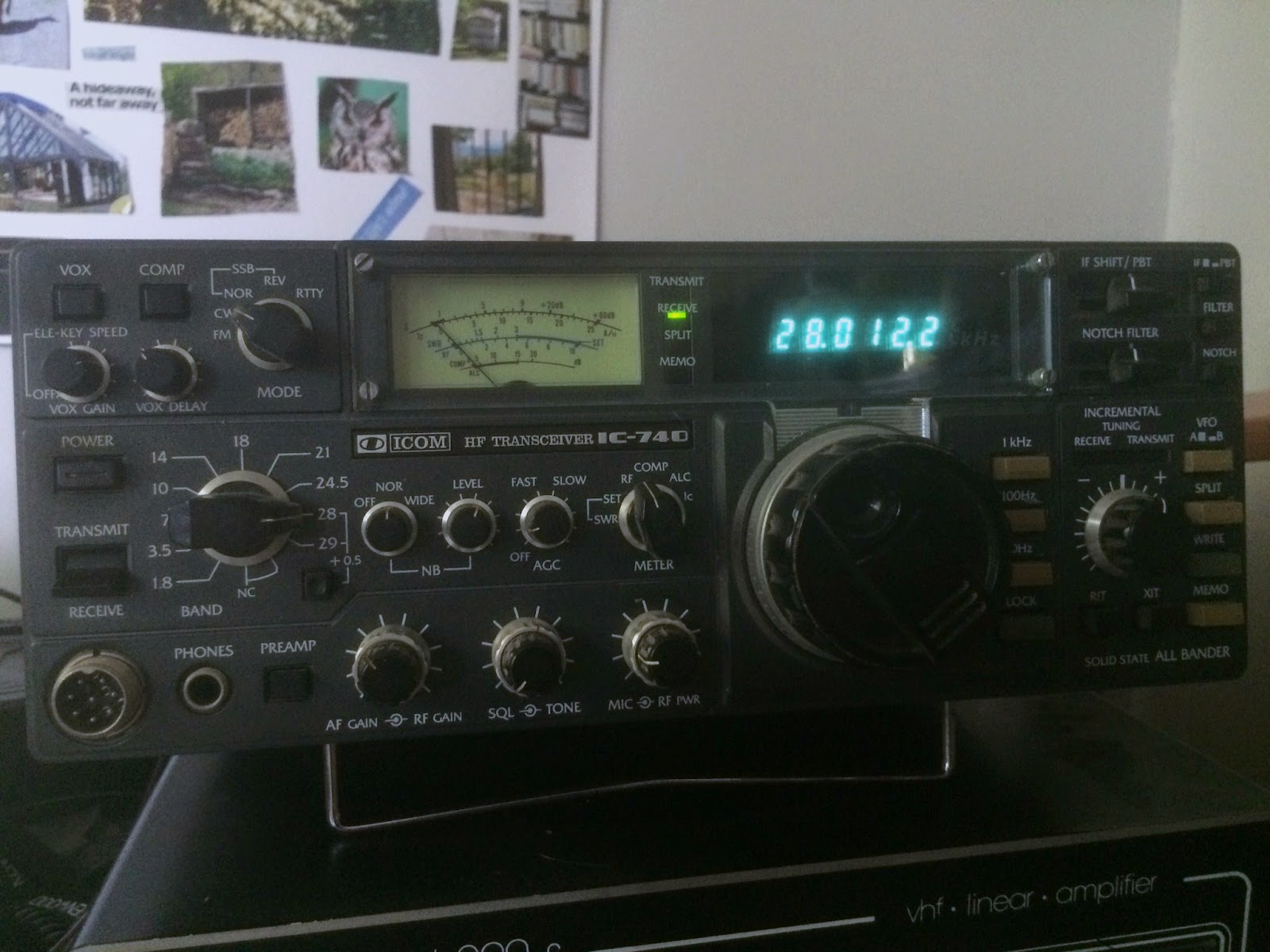 But the IC-740. There was an appeal to getting it out and going again. It was my HF rig when I first got on the air back in 1983. I knew it worked ok as I’d had a handful of contacts on it a few months back. Chasing DX, no, that wasn’t really wanted to do. Perhaps some CW – just run of the mill stuff – there have been times when I’ve found working around the UK on 7MHz CW good fun. Maybe something like that?

Finding a few minutes this afternoon, I hooked it up – plugged an aerial and a paddle in. It puts out the 85W or so that it always did. Tuned around 28MHz and quickly made a few QSOs across Europe, Asia, Africa and North America (not great conditions, but good). I listened to my old pal G3TXF doling out the QSOs as ZD9XF. Although it would be lovely to work Nigel, I don’t really feel the need to play pileups.

So maybe you’ll even hear me and the old IC740 (31 years old) around 7030 playing low power. Who knows! It’s nice to be reunited with my old friend!