Aurora On The Move 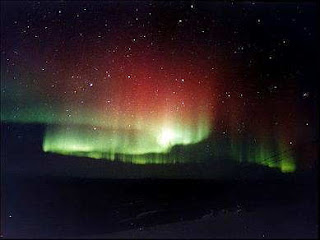 A recent posting to the Pacific Northwest VHF Society's reflector brought my attention to an interesting article describing the southward migration of the auroral zone.


According to the research paper published in the Proceedings of the National Academy of Sciences, the earth's magnetic field is gradually growing weaker, thus affecting its interaction with the solar wind.

The paper indicates that our present, abnormally high magnetic field, forces this interaction (auroras) to higher latitudes and as the field strength gradually weakens to more long-term average levels, auroras will be seen further south than we have been used to. The field has already weakened by about 10% over the past two hundred years and will continue to do so. Apparently it's all related to the regular 'flipping' of our magnetic field, with the most 'recent' flip taking place about 780,000 years ago.

So what does this mean for radio amateurs? Probably not a lot, in the immediate future but the unwanted effects to disturbances in the geomagnetic field will eventually be felt further and further to the south. Radio propagation in southern British Columbia has always been particularly sensitive to even very small disturbances in the field, particularly on the LF and MF bands. I am constantly amazed at how regions only 150 miles to the south or southeast of me are so much less affected than here, in the southern fringes of the auroral zone. VE7's don't claim to be in radio's 'black hole' without good reason.