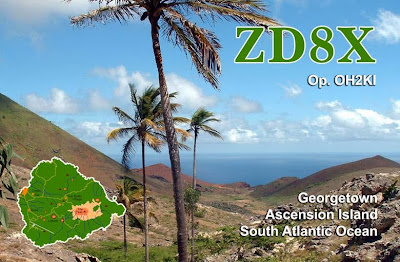 The temperature has taken a cold turn here in the valley today which meant that I would “tune around” again on the 10 meter band once more. It’s much too cold to be outside.

This contact with ZD8X on Ascension Island marks my second new DX country in just a few days. 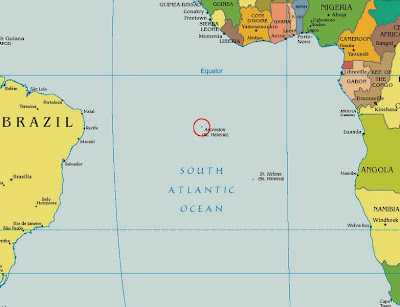 Ascension Island is literally”in the middle of nowhere” between South America and Africa in the Atlantic Ocean. It’s primarily a communications hub for several countries and was a relay station for the BBC in it’s heyday. St Helena is in this general area and the place Napoleon spent his last days in exile.

It took me several attempts to work this station at 5,362 miles. There was quite a “pile up” and I was surprised to hear my call sign repeated back to me with the customary 599 report.