As seen on TV

Well, actually, as seen on eBay.  These are a few things I’ve seen on eBay that made me look twice (OK, maybe more than twice) : 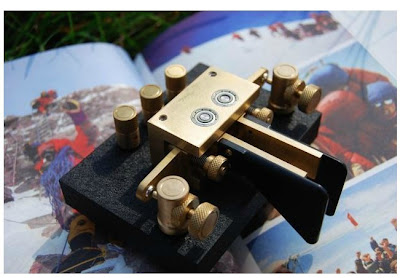 This looks familiar, no?  Upon first glance I though someone was auctioning off a Kent Twin paddle.  Nope, it’s the latest and greatest from China.  Price is about the same as a Kent – have no idea about the quality.
http://www.ebay.com/itm/Ham-short-wave-radio-automatic-paddle-key-paddle-high-quality-Copper-/310660359604?pt=US_Ham_Radio_Transceivers&hash=item4854cce5b4#ht_1438wt_1054

http://www.ebay.com/itm/Ham-Radio-Control-Software-PLUS-Utilities-MUST-HAVE-/250347935425?pt=US_Ham_Radio_Transceivers&hash=item3a49e656c1#ht_12075wt_1172
Ham Radio Deluxe software on a CD for the “Buy It Now” price of $12.95.  Supposedly the disc comes with a lot of Ham Radio software besides HRD.  It had better, because you can still download the versions of HRD that are on this disc for free by going to the HRD Website. Really.
The next thing I noticed was there are two outfits on eBay that are selling weighted spinner knob sets for the K3.  Two weighted, spinny knobs for VFO A and VFO B. Supposedly makes QSYing a breeze.  I have the normal, factory knobs and I’m quite content, but hey, whatever floats your boat.
The American company out of Ohio is selling these weighted knob sets for $180.00. Yes, you read that right, $180.00.  His look pretty nice: 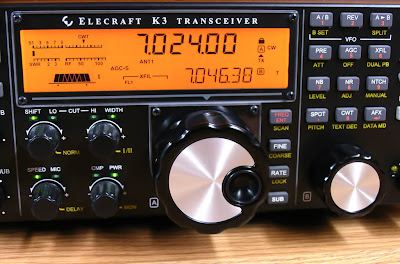 http://www.ebay.com/itm/ELECRAFT-K3-DELUXE-VFO-A-B-WEIGHTED-SPINNER-TUNING-KNOBS-/181125948557?pt=US_Ham_Radio_Transceivers&hash=item2a2bf2a48d#ht_787wt_1172
But there’s also a guy in Bulgaria selling weighted K3 knobs and his look fantastic! 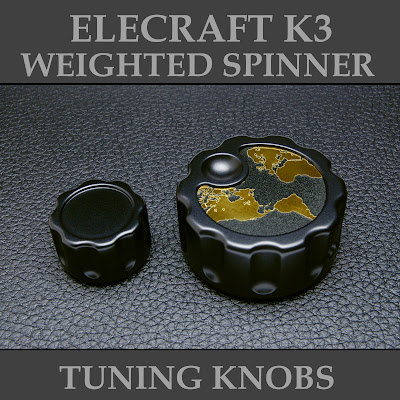 http://www.ebay.com/itm/ELECRAFT-K3-WEIGHTED-KNOBS-A-B-PAIR-BLACK-EARTH-/370791980702?pt=LH_DefaultDomain_0&hash=item5654ec9e9e#ht_500wt_1172
This guy only charges $87.00 and if you don’t like these with the globe on them, you can get a set with your call sign engraved on it.  Personally, I ain’t spending a plugged nickel for different knobs for my K3 ……. but if I were? I think I’d go with the guy from Bulgaria.
There’s a lot more crazy stuff that you can get on eBay – this stuff caught my eye today.
72 de Larry W2LJ
QRP – When you care to send the very least!
Larry Makoski, W2LJ, is a regular contributor to AmateurRadio.com and writes from New Jersey, USA. Contact him at [email protected].

2 Responses to “As seen on TV”