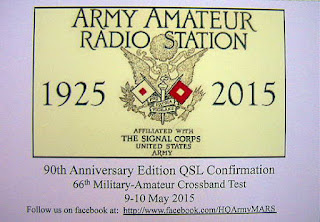 Yesterday's mail brought an official - looking envelope from the U.S. Army! It contained a very nice letter from Fort Huachuca, Arizona, thanking me for participating in the '66th Military-Amateur Crossband Test' as well as three QSL's for the Army-affiliated contacts that I had made back in May. 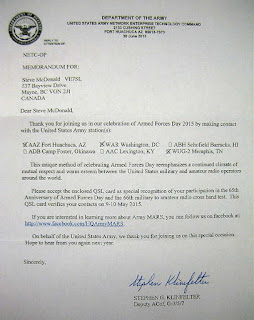 During the activity, I was able to work Army stations AAZ (AZ), WAR (Pentagon), WUG-2 (TN) ... all on 20m via the crossband mode as the military stations transmitted outside of the band. 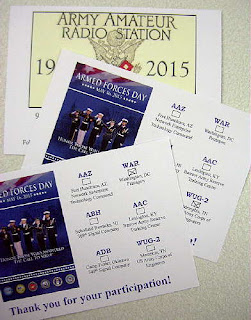 In addition to these three, two Navy stations were worked ... NWVC (IN) and NPD (TN) but it appears that 'Army' has beaten 'Navy' ... at least when it comes to QSL'ing!
Steve McDonald, VE7SL, is a regular contributor to AmateurRadio.com and writes from British Columbia, Canada. Contact him at [email protected].