Anyone for raspberry pi?

There’s a lot of excitement right now in the UK tech community about a new computer called the Raspberry Pi. It’s a bare board computer with an ARM processor that runs Gnu/Linux that is expected to sell for $25. It’s aimed principally at the education market with the intention of getting schools to teach students how to program and build things with computers instead of just learning Word and Excel as they do now. 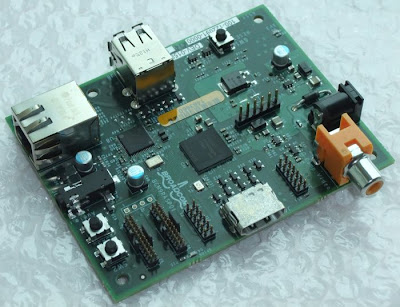 The Raspberry Pi will soon be available for anyone to buy. When they are, I’m tempted to get one. My recently acquired Gadget Gangster has helped me recapture some of the magic and excitement I felt when I first started dabbling in home computers back in the ’80s with things like the Nascom 1, ZX81 and Sinclair Spectrum. I think the Raspberry Pi would do the same.

PCs and Windows are great tools, but they have turned computers into appliances and made computing boring. Microcontrollers are like QRP computers – more of a challenge to use but when you succeed you feel a real thrill at having accomplished something.

I think there has never been a better time than now to have an interest in electronics. I hope the Raspberry Pi is a huge success. Perhaps it will result in more of our young people becoming engineers instead of wanting to be lawyers or salespeople.

5 Responses to “Anyone for raspberry pi?”