Another Rare Visit From The ‘Snowman’ 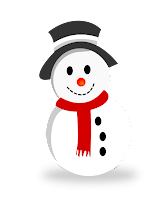 Thursday's blog lamenting this summer's poor domestic Sporadic-E season on 6m must have struck a sour note with the propagation gods as Saturday afternoon and evening saw a massive opening to the eastern U.S., Alaska as well as to the Canadian Arctic ... it was even strong enough to show up the next morning and continue on and off for most of the day. Now that's the type of thing we used to see with fair regularity and it was a welcome respite from what has generally been acknowledged, along with last summer, as the poorest Es seasons in many years. The long-lasting, strong-signal opening provided us dedicated 6m junkies with a nice late season flurry of fun, which would not have been out of place had it occurred in mid-June ... maybe the Es 'metamorphosis' eluded to in my last blog also includes an extension of the normal season. Who knows what effect global warming is having on this aspect of natural phenomenon ... there is just not enough yet known about this fascinating mode of propagation that generates so much interest every summer.

The map below shows the 'leftover' activity on Sunday morning ... not as much as Saturday night but still a pretty good showing for the last day of July!


I spent most of my time working this opening on JT65, up at 50.276, and learning the ropes of this fast-growing mode. One thing is abundantly clear however ... ideally, the chosen JT mode for 6m Es should be JT9 and not JT65.

Using JT9 would allow 10 times the number of stations to fit into the present JT-window ... that's 100 JT9 stations instead of 10! With JT65, the window fills-up quickly and the QRM can soon take its toll with the usual ear-splitting strength of Es signals.The waterfall below shows the much narrower, more sensitive JT9 mode on the right compared with the wider JT65 signal on the left.


I took the opportunity to send out a few JT9 CQ's and did work a number of stations with several of them being well into the -20db range ... too weak for CW but readily worked on JT9. The sensitivity of JT9 will allow two-way contacts to be completed right down to the -27db range, over a one minute transmission period. This is pretty close to the popular WSPR none-QSO mode! I'm surprised that WSPR is so popular on HF when hams could actually be working each other, on-the-air in weak-signal mode JT, instead of relying on a backdoor computer link to see who is hearing their signals ... isn't two-way communication what it's all about? Granted, WSPR beaconing is great for observing propagation trends when you can't be there to watch, and therein lies its utility. Please excuse my short WSJT rant!

Saturday night's opening provided another rare visit from the 6m 'snowman' ... VYØSNO/b, located in Iqaluit, Nunavut in the Canadian Arctic. The beacon is rarely heard as far west as VE7 and it is always a great treat to catch it. It is basically unmaintained so when it fails, may never be repaired ... it's nice to know that its 25 W transmitter is still doing the job. I suspect that if anything fails, it will be the antenna in the brutal Arctic winter weather. The beacon's vertical antenna is located on the top of the high building on the left.

A little later in the evening, an even rarer beacon made a 599 appearance as well ... VYØYHK/b, located on King William Island, Gjoa Haven, Nunavut. It was pure magic to hear its little 15W transmitter, complete with Arctic 'flutter', pounding into the west coast from above the Arctic Circle.

This short video was made during Saturday evening's opening to the north and before the VYØYHK/b appeared. The weaker beacon on 50.030 is VY1DX in Whitehorse, Yukon Territory.

This morning, as I write this, the band is open to W1 and points to the east ... still some life left in the band yet.

It will be interesting to watch what happens over the next two weeks, when most Es activity on 6m usually folds its tent and quietly disappears until the following May ... let's hope the Fat Lady still needs more practice before pulling the curtain.
Steve McDonald, VE7SL, is a regular contributor to AmateurRadio.com and writes from British Columbia, Canada. Contact him at [email protected].

3 Responses to “Another Rare Visit From The ‘Snowman’”