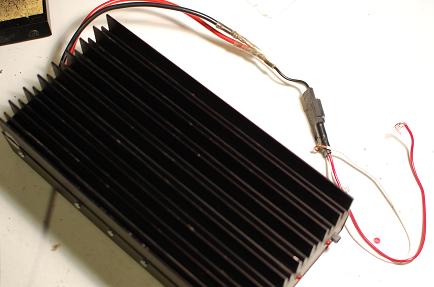 I’ve picked up a couple of Mirage “brick” amplifiers over the past few years.   I’ve also rewired the DC cable on each and every one.  Here’s the latest.  AWG 10 to AWG 16 transition?  Seriously?  I know it technically doesn’t matter too much for a short run, but these amplifiers suck down a lot of current and I just don’t see cutting corners on that.  Maybe I’m a purist…