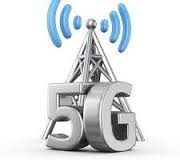 For my day job in the test and measurement industry, I get involved in measurement solutions for wireless communications. Right now, the big technology wave that is about to hit is known as 5G (fifth generation wireless). Your mobile smartphone probably does 4G or LTE as well as the older 3G digital mobile standards. For more detail on LTE, see ExtremeTech explains: What is LTE?

5G will be the next cool thing with early rollouts planned for 2018. The design goals of 5G are very aggressive, with maximum download speeds of up to 20Gb/s. (See what I did there: I used the words “up to”, so don’t expect this performance under all conditions.) The actual user experience has yet to play out but we can assume that 5G is going to be blazing fast. For more details see: Everything You Need to Know About 5G. To achieve these high bandwidths, 5G will use spectrum at higher frequencies. Move up in frequency and you inherently get more bandwidth. The FCC recently allocated 11 GHz of new spectrum for 5G, including allocations at 28 GHz, 37 GHz, 39 GHz and 64-71 GHz: FCC 5G spectrum allocation demands 3 breakthrough innovations . Yes, those frequencies are GHz with a G…that’s a lot of cycles per second.

So my day job is focused on wider bandwidths and higher frequencies. Then I go home and play amateur radio which is a narrowband, low frequency activity. The heart of ham radio operation is on the HF bands, 3 to 30 MHz, almost DC by 5G standards. Many of us enjoy VHF and UHF but even then most of the activity is centered on 50 MHz, 144 MHz, maybe 432 MHz. I recently started using 1.2 GHz for Summits On The Air, so that at least gets me into the GHz-with-a-G category.

Not only does ham radio stay on the low end of the frequency range, we also use low bandwidth. The typical phone emission on the HF bands is a 3-kHz wide SSB signal. That’s kHz with a k. As we go higher in frequency, some of our signals are “wideband” such as a 16-kHz wide FM signal on the 2m band. In terms of digital modes, AX.25 packet radio and APRS typically use 1200 baud data rates but sometimes we go with a “super-fast” 9600 transmission mode. CW is still a very popular narrowband mode with bandwidths around 200 Hz, depending on Morse code operating speed. Lately, the trend has been to go even narrower in bandwidth to keep the noise out and operate at amazingly low signal-to-noise ratios. Some of the WSJT modes use bandwidths in the range of 4 to 50 Hz.

There are some good reasons that amateur radio remains narrowband. The two most important are:

Of course, not all amateur radio operation is below 1 GHz. There’s always someone messing around at microwave and millimeter wave frequencies. I’ve done some mountaintop operating at 10 GHz and achieved VUCC on that band. Recently, the ARRL announced a new distance record of 215 km on the 47 GHz band.

ICOM produced a D-STAR system at 1.2 GHz with a data rate of 128kbps, quite the improvement over AX.25 packet. However, adoption of this technology has been very limited and it remains a single-vendor solution.

There is significant work going on with High-Speed Multimedia (HSMM) Radio which repurposes commercially-available 802.11 (“WiFi”) access equipment.  Broadband-Hamnet is focused primarily on using 2.4 GHz band to create mesh wireless mesh networks. Amateur Radio Emergency Data Network (AREDN) is doing some interesting work, mostly on the 2.4 GHz and 5.8 GHz bands. The HamWAN site has lots of information about a 5.8 GHz network in the Puget Sound area. The basic theme here is use commercial gear on adjacent ham bands…a common strategy for many VHF and higher ham radio systems.

Also worth mentioning is the FaradayRF work, currently aimed at creating a basic digital radio for the 33cm (902 MHz) amateur band. The raw data transfer rate is around 500 kbaud.

There are probably some other high-speed digital systems out there that I’ve missed but these are representative.

A critical factor in making LTE (and 5G) work is the huge investment in infrastructure by Verizon, AT&T and others. With cellular networks, the range of the radio transmission is limited to a few miles. One of the trends in the industry is toward smaller cells, so that more users can be supported at the highest bandwidths. With 5G moving up in frequency, small cells will become that much more important.

On the other hand, most amateur radio activity is “my radio talking to your radio” without any infrastructure in between. Most of us like the purity and simplicity of my station putting out electromagnetic waves to talk directly to fellow hams. In many cases, this simplicity and robustness has played well under emergency and disaster conditions.

FM (and digital voice) repeaters are a notable exception with the Big Box on the Hill retransmitting our radio signal. For decades now, FM repeaters have represented an infrastructure that individual hams and (more often) radio clubs put in place for use by the local ham community. There is a trend towards more infrastructure dependency in ham radio as repeaters are linked via the internet via IRLP, EchoLink and other systems.  (Some hams completely reject any kind of radio activity that relies on established infrastructure, often claiming that it is irrational, unethical or just plain wrong.)

One interesting area that is growing in popularity is the use of hotspots (low power access points) for the digital voice modes (D-STAR, DMR, Fusion, etc.) In this use model, the ham connects a hotspot to their internet connection and talks to anyone on the relevant ham network while walking around the house with a handheld transceiver. See the Brandmeister web site to see the extend of this activity. It strikes me that this is the same “small cell” trend that the mobile wireless providers are following. You want good handheld coverage? Stick a hotspot in your house.

Looking at ham radio and broadband communications, I summarize it like this:

The reason for writing this article is that the amateur radio community needs to recognize and understand this increasing bandwidth gap. We like to talk about the cool and exciting stuff we do with wireless communications but we need to also appreciate how this is perceived by someone with an LTE phone in their pocket.  Just communicating with someone at a distance is no longer novel. After all, Amateur Radio is Not for Talking.

What do I conclude about this? Here’s a few options:

1. Don’t worry. We are all about narrowband and that’s good enough. This attitude might be sufficient as there are tons of fun stuff to do in this narrowband world. In terms of ham radio’s future, this implies that we need to expose newcomers to narrowband radio fun. We’ll need to get better at talking about how amateur radio makes sense in this broadband world.

2. Embrace commercially available broadband. Use it where it makes sense. This approach means that Part 97 remains mostly narrowband but we can make use of the ever-improving wired and wireless network infrastructure that is available to us.

3. Develop Part 97 ham radio broadband. I am initially a bit skeptical of this idea. How the heck does ham radio compete with the billions of dollars Verizon, AT&T and others poor into broadband wireless? But that may not be the point.  Once again, I fall back to the universal purpose of amateur radio: To Have Fun Messing Around with Radios.  Can we have fun building out a broadband network? Heck yeah, that sounds like an interesting challenge. Would it be useful? Maybe. Emergency communications might be an appropriate focus and some hams are already working on that. Create a network that operates independent from the commercial internet and make it as resilient as possible.

I think Option #3 is definitely worth considering. What do you think?

2 Responses to “Amateur Radio: Narrowband Communications in a Broadband World”