A visit to Telford Hamfest & the GQRP club

5 September 2017 | by Steve G1KQH  |  Share |  Tweet |  Leave a Comment (2)
My amateur radio activity has been very much on the back burner during the last few months due to other commitments. 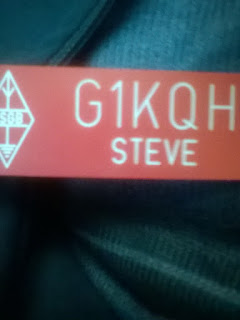 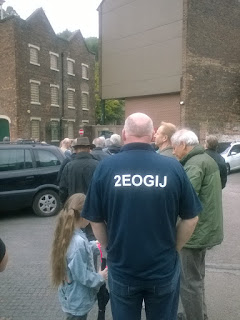 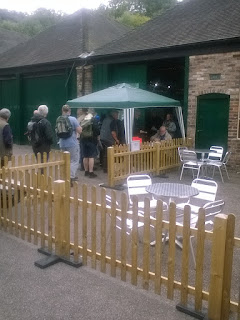 This year the rally had teamed up with the GQRP club which had moved it's famous annual QRP convention from Rishworth. Most of the team were there, including George (G3RJV) and Graham (G3MFJ). Bringing along their wealth of experience with the rest of the crew from the hub of the club, giving members free advice, sales, and trying to recruit a few new ones to the fold: 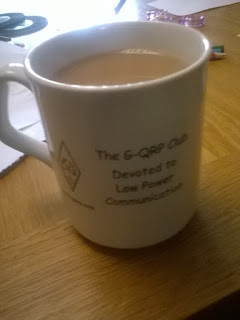 Sadly my snap of the club stand came out blurred and I don't have another replacement, much to my disappointment! If anyone has a photo, please send me a copy and I will edit it in..

However I did purchase the mug to prove my support for the GQRP club.

If you didn't visit the convention you can always join the GQRP club, at £6 for a year's UK membership and not much more for international, it is really an amazing bargain! Including 4 Sprats  (the quarterly magazine of the club) posted to your home! Sprat is packed with designs, QRP circuits, membership news etc. Edited by George Dobbs since the formation of the club in 1974. How can many say they have done a job like that for over 40 years, again amazing! 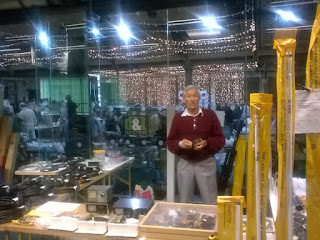 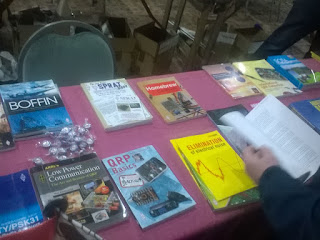 The RSGB had also popped along to offer their helpful sales team with some exciting new publications to read. 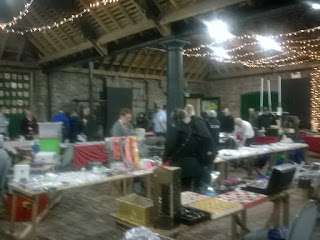 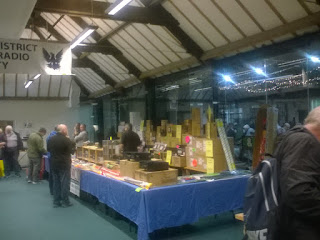 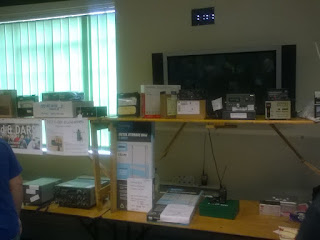 Even though I didn't buy much this year it proved to be a very good social event, meeting up with quite a few other Amateurs who share the same interest which I know from around the country.We all picked up a few ideas, hints and tips, and learning news which we wouldn't of heard of online. 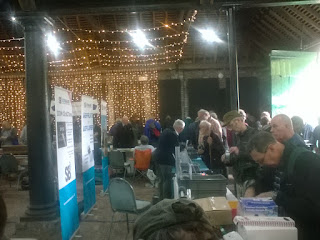 The rally was well supported by an excellent showing of folk, quite a few good traders had also showed up for the event. But, I can't help feeling that the Internet has taken over many aspects of the supply of components for our hobby, which are now available very quick and cheap from our friends in the far East. 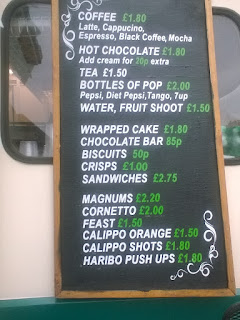 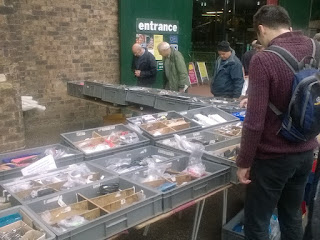 Maybe see you there next year, or you never know where I am going to pop up next!

2 Responses to “A visit to Telford Hamfest & the GQRP club”