A semi-annual rant about learning CW 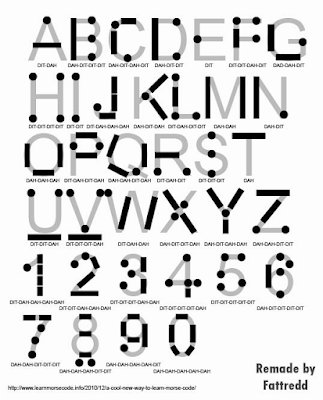 This is the worst! Yuck! Argh! Ack! Ptooey!

Please take my word for it! As I've told so many times before, I know the frustration of not being able to learn CW. I put off getting my license for at least five years (maybe more), because I could not wrap my brain around the code. And one of the major reasons for that lack of brain wrapping was because someone thought that they were doing me a good turn by handing me a chart similar to the one above.

From personal experience, I can tell you that making the jump from audio input to visual input to brain is the perfect recipe for frustration and resignation. I made the mistake of hearing, trying to visualize and then decode.  What you need to do is skip that visual step. Morse Code is a heard language, and unless you're in the Navy operating signal lamps, it's primarily an aural language. To this day, I have extreme difficulty (in fact, I don't even bother) when people "type" out cutsie messages using periods and hyphens to make dits and dahs in print. I have to hear it to de-code. No ifs, ands or buts ..... I have to hear it.

Think about it for a second.  When you were a baby, how did you learn to talk - by reading, or by listening to your parents and siblings?

So thanks be to God for the Hams who taught my Novice class. They handed me a set of ARRL Morse Code cassettes with only one word of instruction - LISTEN! And in the end, that's what did it, but the damage had already been done. I had to "unlearn" my past efforts and had to re-learn the direct step of "hear, then de-code".  For me, that damage lasted well past 5 WPM.  I was stuck at the 10 WPM barrier for a long time, and it was only by the Grace of God that I was able to get up to 13 WPM within 6 months in order to earn my General ticket.

So my advice for those wishing to learn Morse?

1) Ditch any visual aids, as if they were a rattlesnake or the plague.

2) Listen to letters being generated at a speed of anywhere from 13-18 WPM. Let the spacing between the letters determine the code speed. If you listen to Morse being generated slowly and drawn out, you're more than likely going to suffer the 10 WPM plateau like I did.

3) Limit your dedicated practice sessions to no more than 15-20 minutes a pop - two sessions a day, max. At other times, I find it helpful to have Morse playing quietly, almost subliminally in the background while driving, doing chores, etc. IMHO, it gets your brain used to hearing it, and before you know it, you're going to be picking out characters without even realizing it. Lastly, I never liked the concept of listening to random characters once I learned the alphabet.  From then on, I found it most useful to listen to actual words and not letter groups. Let's face it, unless you're a spy, you're going to be on the air making conversation - not sending clandestine messages.

4) Once you've learned all the characters and numbers and basic punctuation, and feel somewhat confident in being able to de-code, then get on the air and make QSOs. Real live QSOs are without a doubt, the best vehicle towards increasing your code speed. You can find a lot of beginners hanging out in the 7.120 MHz neighborhood of 40 Meters.

5) Relax, and don't get down on yourself. We all learn things at different speeds. Some people are quick studies and then there are people like me. But if you stick with it, you will get it - I promise.

6) Make full use of W1AW code practice and all the free CW learning software that's out there. Personally, I keep "Morse Trainer" by Wolphi on my phone. It's not a free app, you have to pay for it, but it will generate Morse at speeds up to 60 WPM.  I keep it set at 40 WPM.  Can I de-code Morse that fast? No way in heck! But I can tell you that after listening (JUST listening - not even trying to decipher) code at that speed for 15 minutes .... code sent at 25 or 28 WPM sounds a lot slower than it used to.

I suffered the double whammy. I had to "unlearn" the aural to visual to brain process; and then once I actually learned the code, I had to unlearn the "code letters sent at 5 WPM" error.  Look at me now - CW is my most preferred mode and I am comfortable anywhere around the 25 WPM mark! On a good day, if I don't tense up, I can go for short bursts of 30 -35 WPM. The bottom line is, that learning and becoming proficient with Morse Code is not impossible, in most cases. 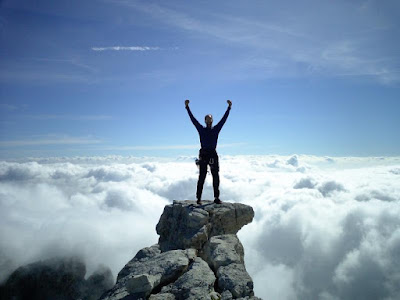 Take it from someone who thought it was.

13 Responses to “A semi-annual rant about learning CW”