A most excellent day on four metres

Unexpectedly, owing to domestic circumstances, I found myself at home today. VHF was in good shape and from early on, 50MHz was going well. I decided to concentrate on 70MHz today and see what I could work. 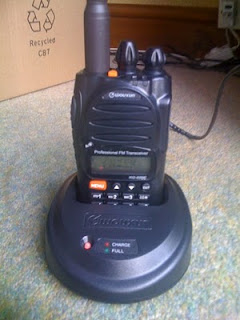 The Wouxun 70MHz FM handheld that arrived yesterday didn’t yield any contacts, but it was a great indicator on a couple of occasions that the MUF had reached 70MHz, when the broadcast FM from Eastern Europe was clearly audible on the handheld. I’m looking forward to playing with the handheld (even though I was the last person in the country to know about their availability, living here under my little rock…!)

So, as I was passing the shack, I kept checking 70MHz on the FT847. IZ8DWF (JM78) was first in the log, I worked him on SSB this time. I was pleased to find IF9/I2ADN (JM67) for a new square. I2ADN always goes to some great places for the Sporadic E season and it was good to work him for the first time on 70MHz, we’ve had many QSOs over the years on 50MHz.

I5OXT (JN52) made it into the log at lunchtime. Later on, IS0AWZ would have been a new one from Sardinia, but he called CQ CQ CQ and didn’t hear me. Lots of QRM from the East at that time, so I’m sure he was getting a lot of interference. At 1530z, I heard a weak SSB CQ on 70.200 which got louder. I was delighted to work YO9HP in KN35 for a new country on the band. ES1CW appeared briefly on 70.200 on the key, but I couldn’t attract his attention.