A good weekend on 70MHz

Back in April, for my birthday, both Julie and my Mum very kindly gave me some money. I decided to put it towards a new 70MHz transverter. I had been undecided whether to try and improve the FT-847 performance to an acceptable level or to go the transverter route. I didn’t really fancy some of the modifications required to the 847, so the transverter beckoned.

I decided to try one of the Spectrum transverters – the price was fair and the other options seemed to require importing. I ordered a transverter in mid-April and Tony, G4CFY told me that because he would be so busy, there would be some delay. I was ok with that and Tony was very good on keeping me informed.

Last Thursday a box arrived at home! It was the transverter. I was able to get it setup pretty quickly and found that I could receive the GB3RAL 70MHz beacon at Harwell by sticking my finger in the aerial socket of the transverter! Applying an antenna produced even better results but the band was quiet.

When I got home from work on Friday I had a quick listen around 70MHz before our customary Friday night homemade pizza. To my surprise and delight, I worked 2 stations; OK1TEH and TF3ML/P – Iceland was new on 70MHz for me!

This morning, as soon as I switched on 50MHz the band was open into southern Italy, so I wondered if 70MHz would be open. Sure enough it was and I was quickly working stations all over Italy on Es. Most stations were in the area of Rome, but I was pleased to work IF9/I2ADN (JM67). Later in the morning, the opening moved and I was able to work EA6SX and several 9A and S5 stations.

I definitely feel that the new transverter is working much better; the receive is much more sensitive than the FT847 and of course, 25W is proving handy. For now, I have used the FT847 at 28MHz as an IF. I just need to remember to drop the power down when I switch over to the transverter to avoid bad things happening.

Clearly this weekend has been a good one on 70MHz, but I hope to be able to devote more time to the band in the future 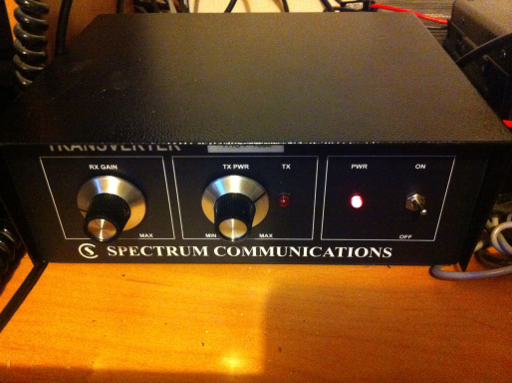 One Response to “A good weekend on 70MHz”