A funny thing happened on the way down the hall to work today……. 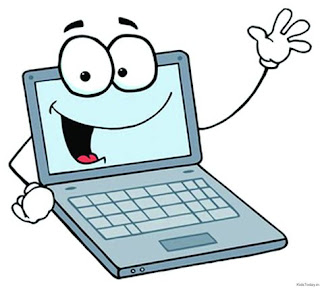 A funny thing happened on the way down the hall to work today......I'm retired so I guess it was not my way to work but my wife Julie. She is a tech support person and is now working from home. She takes both phone calls and internet chat to solve issues. Earlier this week we set her up to work from home and her office is in the same room as my radio setup and her sewing hobby. So it's now a radio room/home office/ sewing room space.
What was going through my mind was how was the radio and Julies' new company PC and internet phone going to react to my Icom 7610? All was good and the only issue was her two monitors would wake up from sleep when I transmitted on certain bands (40m and 60m) I had this same issue with my PC and I added snap on toroids and it did the trick. So I did the same to Julies monitors and the problem was solved. We were operating both PC's from a wifi connection and Julie felt her PC was running a bit slow. It was no big deal for me to run a LAN cable from the modem to a gigabit ethernet network switch in our office. Julie was thrilled as was I too as both our connections were much faster. Now here is the catch.....I was on my PC today looking up some info regarding the upcoming weekend QSO parties. Julie was on a call and all of a sudden her call dropped and a type of busy signal was going off in her ear. I was not on my radio and only my PC. The day before I was on my PC while Julie was working away and without issue. When I shut my PC down her phone reset and all was good again. My way to deal with this is to think about what was different from yesterday and today when the issue happened. The only difference I could think of is we are off the wifi and on LAN connection. What this has to do with this new issue is beyond me but I left Julies PC on the LAN connection and I moved my PC back over to the wifi connection. After I did this and many tests all was ok.......I have no idea why both PC's being on LAN would cause this issue as with both being on wifi or one on wifi and one on LAN there was no issue. All that concerns me is that Juile's PC is working without issue and can get on my PC and my rig. My question is does anyone out there have any idea why I had the issue?
Mike Weir, VE9KK, is a regular contributor to AmateurRadio.com and writes from New Brunswick, Canada. Contact him at [email protected].

8 Responses to “A funny thing happened on the way down the hall to work today…….”