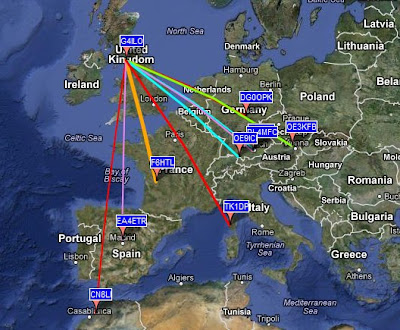 I listened on 10m but I didn’t hear the S9+ signals such an opening would suggest so I thought I would do some WSPR on 10m, moving to 6m if the 10m signals suggested the skip would be short enough. They eventually did, as DX Sherlock indicated the lift was getting stronger. I moved to 6m, running 5W to the attic multi-band dipole, and eventually spotted or was spotted by stations as far afield as Austria, Spain and Morocco. 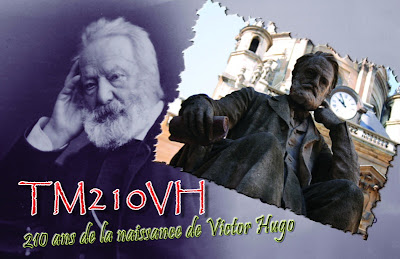 During the peak of the opening I broke off from WSPR to tune the bands and make a few contacts. On 10m I worked TM210VH – a special call commemorating 210 years since the birth of Victor Hugo. I made contacts into Italy, Switzerland and France on 6m as well.

Seeing some massively strong signals now on 10m WSPR so time to check out 6m I think!

One Response to “6m WSPR”