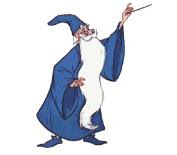 This summer's 6m sporadic-E (Es) DX season is now well past the half-way mark and things have been different ... a lot different. For me, the past 40 plus summers of activity on the magic band have always been interesting, if not down right exciting ... particularly when the band opens to Europe from the west coast.

These usually very short-lived paths have been my main interest for the past several years and the bread and butter mode is normally a fast CW exchange, usually taking less than 20 seconds before signals would vanish, as the always quirky west coast path to Europe would jump to another region. But this has all changed dramatically.
As well, it seems that this summer, the normal SSB and CW modes have been largely abandoned by a huge percentage of the crowd, in favor of FT8, the weak-signal digital QSO mode originally developed with 6m in mind.

I have seen many strong openings involving loud FT8 signals from various parts of North America but when tuning down to the CW/SSB section of the band, found nothing but ghostly silence! Gone are the familiar voices of friends met every summer for decades or the recognition of an old friend's fist on CW ... for me personally, most of the magic was missing this summer. I wonder if this is all part of the natural evolution of amateur radio or does the FT8 revolution signal the long term fate for many of the older conventional modes?
There appears to be a lot of new activity brought to the band by this mode, and many are experiencing the magic band for the first time. I have heard at least two dozen or more VE7 calls on 6m this summer that I have never heard before and this is a very positive thing! From what I can tell, many of the new stations on the band may have makeshift or simple antennas, such as verticals or dipoles and not something larger and are just getting their feet wet on the band.
FT8 allows for two-way weak signal work (a few db below audible limits) that the traditional modes would not support, and simpler stations, without big antennas, can now join the fun. I often see many of the newer stations calling CQ but not hearing their numerous replies, which leads me to think that their receive-capability does not yet match their transmit-erp ... perhaps they just have a lot of local noise or are running more power than they can properly deal with, something they should think about. Often the new FT8 stations will continually CQ, sometimes as long as 90 minutes at a time and create a lot of unnecessary and waterfall obliterating QRM on the band for those that do have good antennas and can hear what they do not. I'll do another blog later regarding FT8 on 6m, and what I have observed this summer.
Here on the west coast, up until last summer, it was fairly normal to have a few short-lived Es openings to Europe. You had to always be on your toes to catch these as they would vanish as suddenly as they appeared. The best of these was back in June of 2012 when a mid-morning opening produced 31 CW contacts in DL, F, SP, CT, ON, GM, IT, LZ, EI, G, S5, I and EA8. Nine new countries were put in the log that morning as the Es clouds danced around, shifting the propagation from one country to another, every other minute. This was the magic band at its best!
Like last summer, this year has produced almost zero trans-Atlantic propagation from VE7 land, other than contacts with CT1 and EA8, both on FT8. Perhaps some external factors are changing the band enough that this path will vanish permanently ... only time will tell.
Dave, K7RWT, recently pondered if it may have something to do with the north magnetic pole migration over the past several years as it moves to the north-northwest at ~60km per year.

Most mornings, the Europeans are into the east coast early, often times making into the central states and occasionally into the southwestern states:
Later in the afternoon, it has not been unusual to see widespread JA to North America action, usually going straight overhead and as far back as the New England states and down to Florida!
There have been several openings between here and JA, sometimes lasting for several hours. So far I've worked about 200 JAs this summer and judging by the flood of daily QSLs arriving from Japan, many are newcomers to the band (the FT8 effect?), often indicating that I was their 'first VE' contact on 6m. 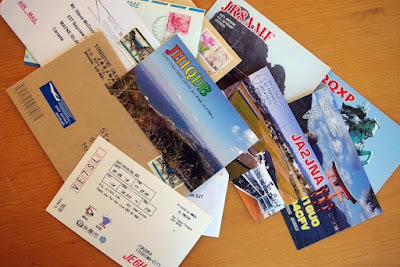 Unlike the west coast to Europe openings, the JA-NA path appears to be growing, this summer particularly ... perhaps it's just those extra few db provided by FT8 that is responsible.
One particularly interesting 'opening' from here happened in the wee hours, starting just after 2300 local time and ending just after 0200, as all west coast operators were sawing logs. A morning check of my FT8 decodes indicated many strong signals from Japan, Taiwan, China, Korea and Hong Kong. I'm sorry that I missed out as the VR2 would have been a new country for me.

The non-JA stations heard were:

Thanks to Paul, K7CW, for doggedly sorting through my all-night decode file which may be viewed in full here.

With just a couple of weeks left in the normal Es season, it will be interesting to see if FT8's extra few db will extend it longer than usual!
Steve McDonald, VE7SL, is a regular contributor to AmateurRadio.com and writes from British Columbia, Canada. Contact him at [email protected].