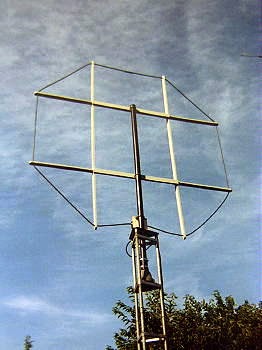 Probably the most-often discussed ham radio topic is that of 'antennas' and with LFers it is no different.

When it comes to antennas used for receiving,
you might be surprised to learn that even small, simple antennas, can be very effective on 630m. Small loops are easy to build and work well as they are often quieter than wire antennas and with preampflication, will usually yield a better signal-to-noise ratio.


The shielded Burhan's loop described here, is a good performer on 630m and below, while a tuned wire loop can be just as effective if resonated to 630m.

Easily built active antennas are also popular and once situated in a quiet spot in your backyard, can work extremely well, considering their size and simplicity. The PAØRDT active antenna is popular worldwide and offers good performance, if properly placed, as shown in this LF bandscan from Japan.


Several of the stations that I recently worked on crossband, from 630m to HF, were using their normal HF dipoles to listen on 630m. Often times a non-resonant antenna, such as an 80m dipole, can give reasonably quiet performance and is worth trying should you just want to listen. Others have used HF dipoles with the feedline shorted and fed as a top-loaded vertical (T), and resonated to 630m against a small radial ground. Try what you presently have and you may be surprised at what you can hear.

Transmitting antennas need not be large to enjoy 630m propagation. For most backyards, an inverted 'L' antenna would probably be the easiest to configure.

If you have a tower, the vertical portion of the 'L' could be hung from a support arm off of the tower, with the horizontal portion as long and as high as possible. If you have some trees to hang wires from, a center-fed 'T' antenna would also be effective.


In both of these examples, try and get as much 'vertical' as possible and then work on the top-hat portion. Top-hats with multiple wires will also increase antenna efficiency. An interesting paper by VK2DX, explains the process that he used to build and match a simple inverted 'L'.


As well, JUMA publishes an informative application note on building an 'L' for 630m.

If you don't have room for one of these types of antennas, effective results can also be had with short top-loaded radiators as used at many NDB installations. Try to go as high as you can and make the top-hat as large as possible. 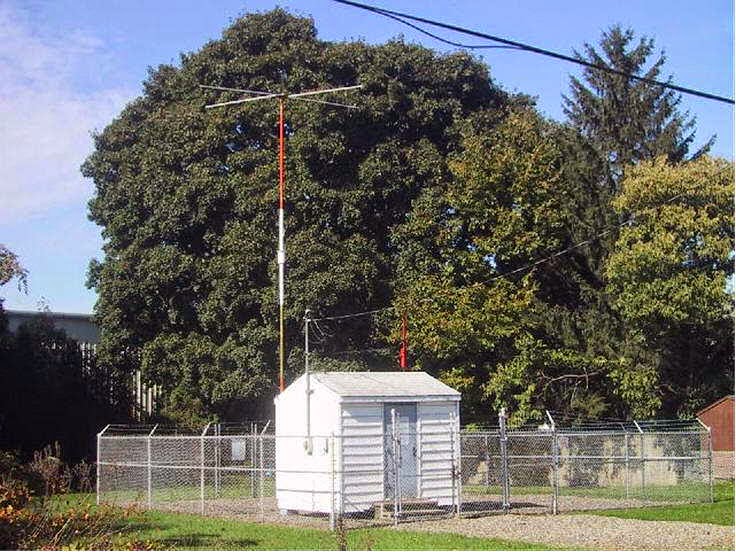 Any of the transmitting antennas described above will require sufficient series inductance (base loading usually) to bring them to resonance as well as some form of variometer to fine-tune exactly. As well, they all require some form of ground system to radiate.

Since most backyards will never be large enough for an efficient ground system on 160m, let alone on 630m, just do the best that you can. You might be surprised at the results achieved with just a simple system of a few buried radials but the more you can lay down, the better. Radials can be effectively hidden beneath the grass with a few days of effort. Some have noted an increase in antenna current when ground rods were driven in at the far end of the radials.

This well-written series of articles describing simple antenna systems for the 1750m band is chalk-full of neat ideas and practical information...all applicable to the 630m band.


For an even more in-depth look at practical LF and MF antennas, the ON7YD site is hard to beat...again, all applicable to 630m.

Canada's new 630m band is a wonderful opportunity to build and experiment with all aspects of your station and it's crying out for activity!

It's still not too late to be the first station on 630m from most parts of Canada and the VE7's are waiting to work you!
Steve McDonald, VE7SL, is a regular contributor to AmateurRadio.com and writes from British Columbia, Canada. Contact him at [email protected].