I decided to remove two turns from the bottom half of the coil, lowering the tuning range from 177-330uH to 165-313uH. Still not ideal but slightly more efficient. In reality, any losses from the variometer inefficiency are minuscule compared to the overall ground-system losses and probably unmeasurable. As it stands, the inverted 'L' resonates on 473kHz with 185uH of inductance and ideally the variometer should be operated closer to its total maximum inductance. 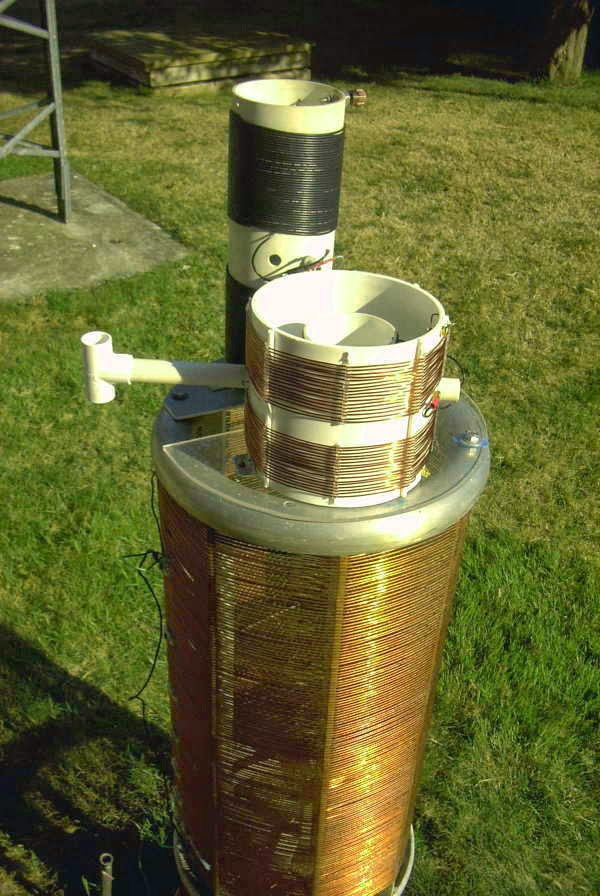 The new coil can be seen mounted on top of the much larger 2200m loading coil, a real monster by comparison. It was removed from one of the local NDB transmitters and saved from going to the scrap yard by an alert technician, who kindly donated it to me when I began operations on 2200m. I can only guess at what this must have cost to purchase when new, as the construction quality is superb.

The new matching transformer is similar to the one that works so well on the 2200m system and wound on two TV flyback ferrite cores. 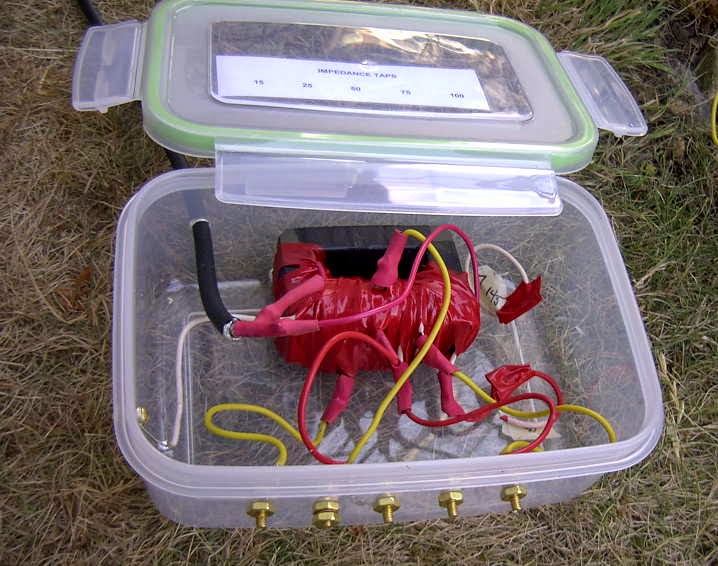 Once everything was cabled-up, I returned to the shack and plugged the coax into the KØLR antenna meter (VFO) and tuned it to 473kHz. I then went back to the variometer and tuned it while watching the meter through the shack window, looking for the sharp rise in current that would indicate resonance. I swept from one end to the other but saw no change! I eventually realized that I had not attached the antenna downlead to the top of the loading coil...duhh!

Once in place, the sweet-spot was quickly located and I returned to the shack to switch to the transmitter and scope match. For starters I had set the matching transformer to the 50ohm tap but the Scopematch indicated a resistive impedance of about 25 ohms. Moving to the 25 ohm tap resulted in a perfect match as can be seen here with both the current and voltage waveforms in exact phase and amplitude. 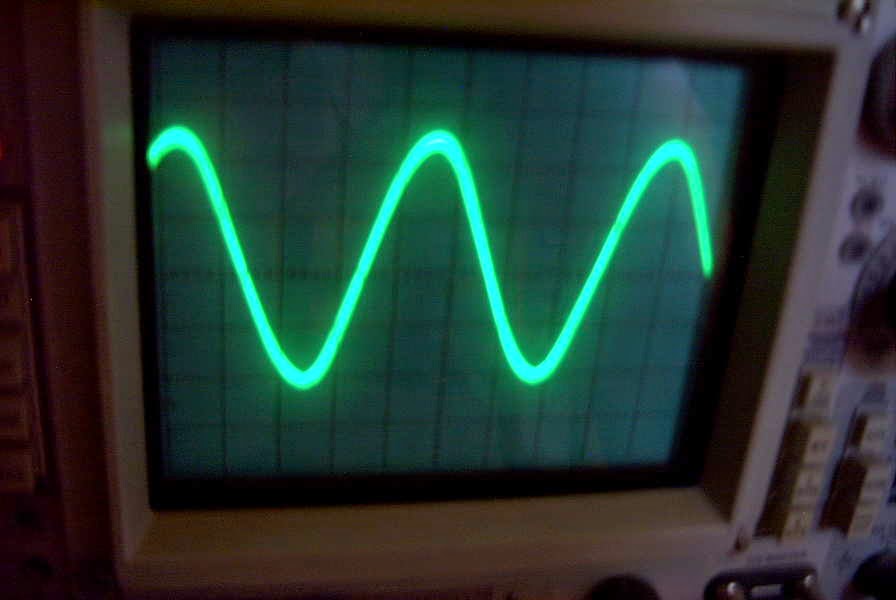 The Scopematch truly makes things easy, once you remember to attach the antenna!

The antenna tuning systems for 2200m and 630m are now separate and independent of each other, each with their own coaxial feedline and tuning system but I really wonder if I'll ever be active at all on 2200m again as there just appears to be no real interest amongst Canadian amateurs in our new 'topband'. It's really a shame since so many people worked very hard to obtain 2200m for Canadian amateurs...for me, its been a wonderful learning-ground for building and experimenting, as is 630m.

With the 630m system all ready to go at maximum EIRP, things are all set for the late October 630m Activity Night (hope you will be there). In the meantime, while awaiting new Canadian activity (come on guys!), I'm open for business.

Anyone wishing to try a two-way crossband contact please let me know. Both myself and VE7BDQ would love to work you!
Steve McDonald, VE7SL, is a regular contributor to AmateurRadio.com and writes from British Columbia, Canada. Contact him at [email protected].