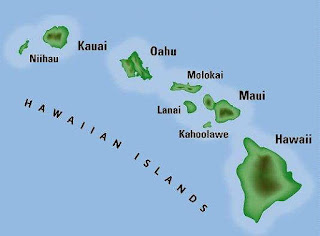 In spite of the mediocre band conditions, this past weekend's 630 crossband activity was a great success. Firstly, it was gratifying to see so much activity from the VE7 region. Last year, it was just John, VE7BDQ, and myself, holding the fort, but this year saw new activity from VE7CNF, VA7MM and VE7CA. If this rate keeps up, the band will soon be getting crowded and wouldn't that be great!

It was only a few short months ago that VE7CNF and VA7MM began tinkering on 630m, their signals barely out of the noise here on Mayne Island. How quickly their stations have evolved into systems now capable of working several thousands of miles on the new band. To make the weekend even more special, Markus, VE7CA, had his first-ever 630m contacts on Saturday, working all of the locals and later in the evening, pushing his 14 watts down into Tahuya, WA, working K7CW on crossband. I'll wager that Markus will treasure that first 'DX' QSO for some time.

Conditions from VE7 on Friday were poor, and although somewhat disappointing, not entirely unexpected after watching the sun play tricks on our geomagnetic field all week long. The only path that seemed somewhat normal was the north-south one, yielding contacts with the Californians. As the K-index briefly dropped to '1', Saturday's conditions were much improved, showing short-lived glimpses of normality both to the west and to the east.

On both evenings, the HF bands (and probably 630m to a lesser extent) seemed to be very 'long', with few continental signals being heard. The long skip made it very hard, in some cases, to hear close-in callers on both 40 and 80m ... callers who would normally be 599. Particularly absent where callers from the closer WØ states and the easier W7 regions such as Nevada, Utah and Arizona ... areas that have been easily worked on previous crossband nights. It was also disappointing to not have anyone from the other VE regions call in. I hope it was just conditions and not from lack of trying, as it has been a struggle to generate much interest in the western provinces so far.

The biggest surprise and the highlight of the weekend was most assuredly the crossband contacts between the VE7 stations and Hawaii, with VA7MM, VE7CNF, VE7BDQ and VE7SL, all working Merv, K9FD/KH6 in Maunaloa on Moloka'i Island. Merv noted that all four VE7's were worked within a 25 minute window and all peaked at different times. A few minutes later, the 'tranpacific' path turned 'transcontinental' as NO3M in Pennsylvania, called VE7SL and exchanged 559/549 signal reports ... who would have thought that 630m could generate such magic! This band has so much exciting potential for amateurs, even for those confined to normal suburban backyard locations. Activity will surely skyrocket when U.S. amateurs get access to the band ... hopefully soon.

Several SWL reports were received from the U.S., with one of the most interesting coming on Saturday night, from the maritime operators at KSM, near San Francisco. As well, the Red Oak Victory shipboard station anchored near San Francisco, KYVM, sent a detailed report of several VE7 stations that they had heard.

It is readily apparent that acres of antenna space are not needed to enjoy 630m ... all of these stations operate out of normal-sized residential lots, with antennas planned and built well enough to exploit the propagation characteristics of 630m.

There has already been discussion of staging another crossband event in January or February. If you might be interested in participating by listening and calling-in, please let me know. As well, what do you think would be the best way to 'get the word out' in terms of notification for the next crossband night?