A few years ago, I built a 50-MHz transverter to operate 6m with my Kenwood TS-930Ses.  I subsequently replaced the two 930s with an Elecraft K3/100 and Elecraft K2/100.  The K3 has 6m and I sold off my TS-700S (and my 6m Mirage brick amplifier) to help finance the internal 2m board for the K3.  The problem with this arrangement is that I can’t be on 6m and 2m at the same time.  I recently assembled and added the SSB board and  transverter interface to my K2 (no time to blog about this but they were straightforward additions like everything from Elecraft), now making it an attractive IF for the 6m transverter (and the Microwave Modules 432 transverter I have on the shelf and the 222-MHz transverter I plan to build sometime). 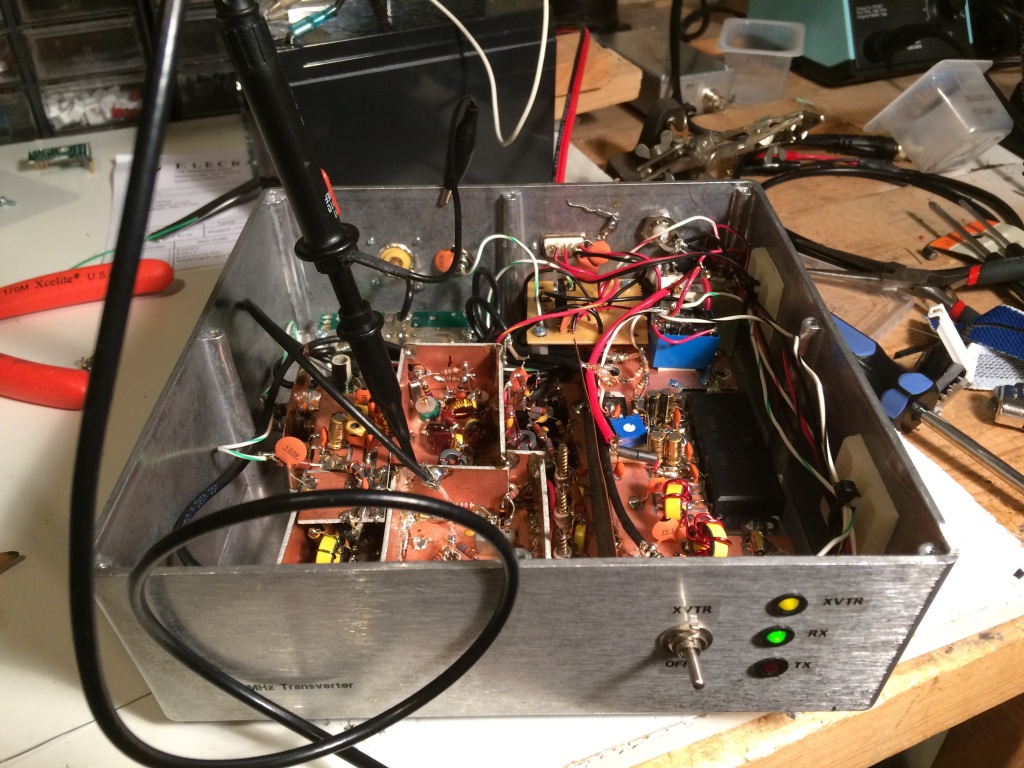 Enter the problem: Because I was thrifty about building the transverter at first, I had used an inexpensive and widely-available 24-MHz crystal for a 26-MHz IF.  The TS-930S happily worked here (by the way, pro-tip: A lot of guys say that they liked to have the wideband transmit mods on their HF rigs so they could have a wideband signal source for testing/transverters/etc.  The TS-930S will give you a low-level TX out anywhere through the transverter port, even if you don’t have the mod.  Well, at least my PIEXX-equipped 930 did).  However, the K2 only allows a select set of transverter IF bands to be used natively.  Good fortune shone upon my endeavors when I did a quick Google search for 22-MHz crystals and one actually popped up at Newark/Element14 (part number is 86R1720, get ‘em while they’re hot)!  Even better news was that it was on closeout for 12 cents apiece!  I splurged and bought five, along with some other parts for another project or two I’ll post about eventually.

I carefully peeled back a layer of dead-bug components, extracted the 24-MHz crystal, and replaced it with the new 22-MHz variety, sacrificing only one 4.7-k resistor, an easily-replaced stock item at K8GU.  The LO came up about 5.4 kHz low and I couldn’t peak it any higher.  So, I’ll either have to futz around with the loading of the crystal or (more likely) load an offset in the K2’s transverter band entry for 6m. 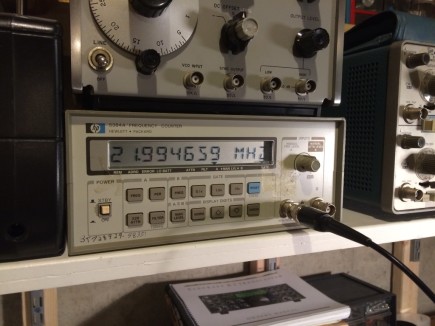 The local W3APL beacon popped up at 28.0694 MHz, which is consistent with the offset I observed above.  Now, I just have to get the other interfacing juju worked out to get the K2 to properly command the transverter to transmit and feed it the proper drive level.