First off, I don’t know who was hunting who. I thought I was hunting Skeeters, but I think they had other ideas – and I was the hunted: 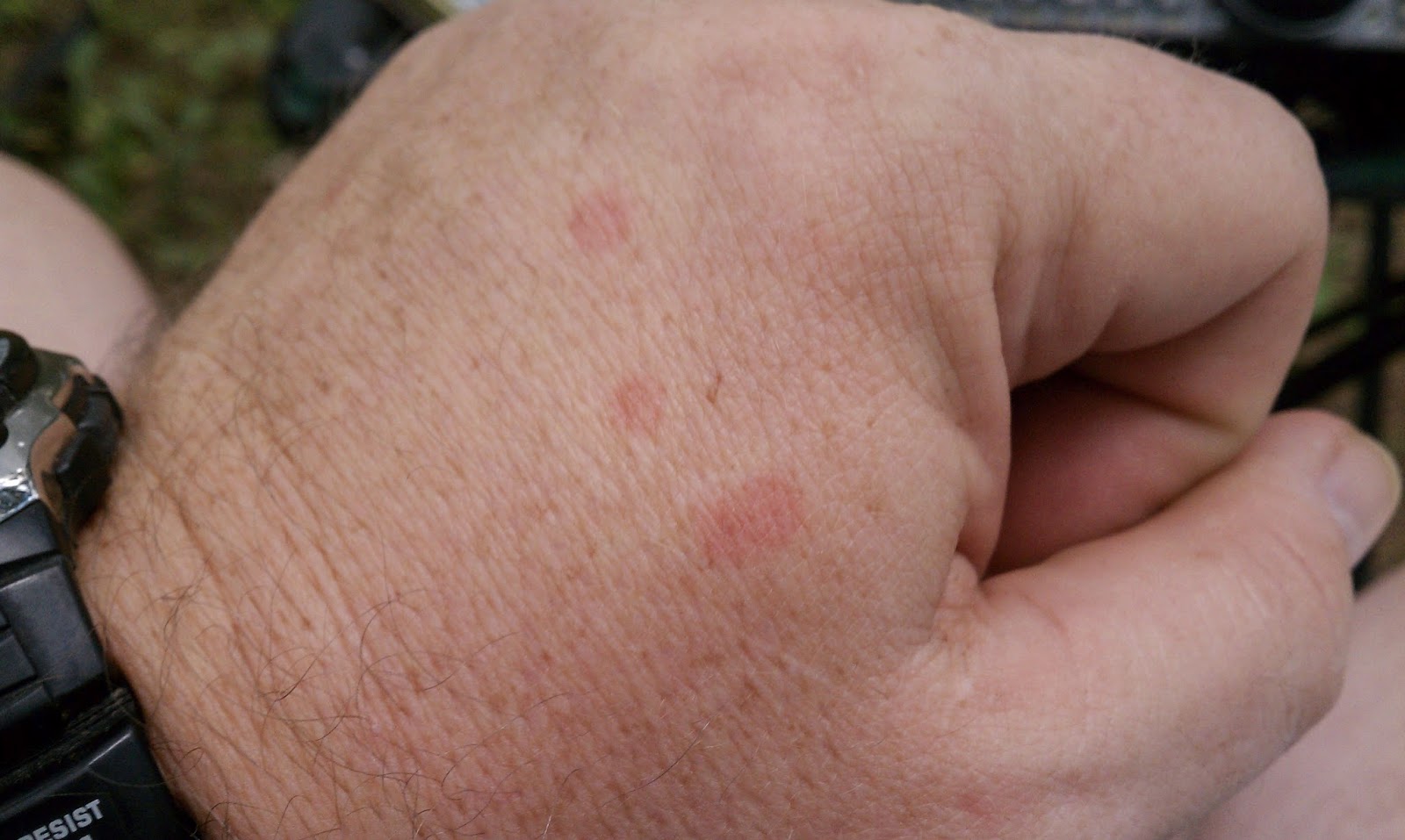 And that was nothing compared to my legs! I didn’t think the little buggers would be so active during the day, so I didn’t bring my OFF wipes with me. I’ll remember this for next year!

I set up in my favorite park here in South Plainfield – Cotton Street Park.  There are plenty of 50 – 60 foot trees which just beg to have wire strung through them. It’s a quiet park and there’s not the overwhelming amount of traffic that Spring Lake Park (our Field Day site) gets. There were people walking through and playing, but no one came over to investigate what I was doing. I guess I’ve become a fixture – “Hey, it’s that crazy guy with the radio again!” 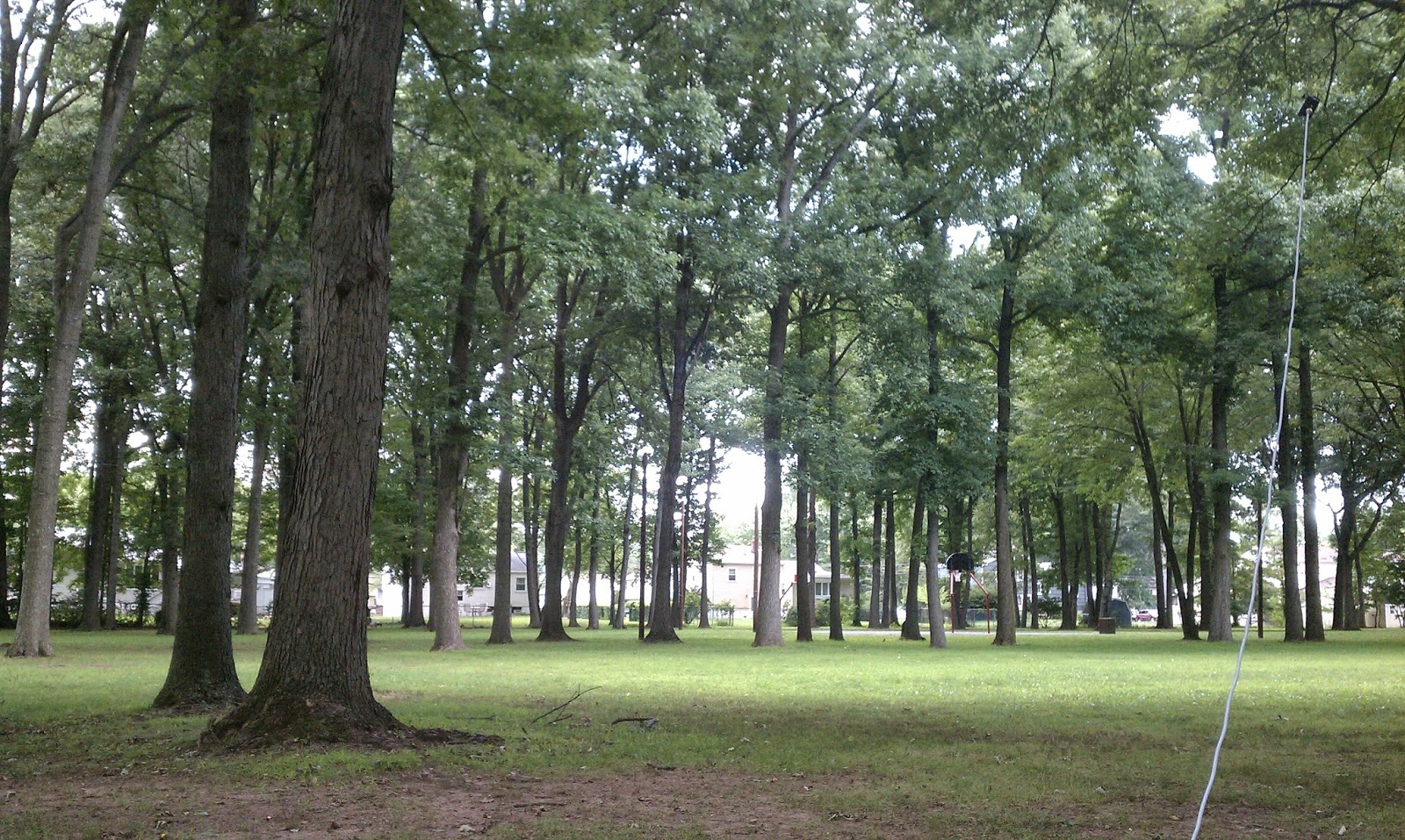 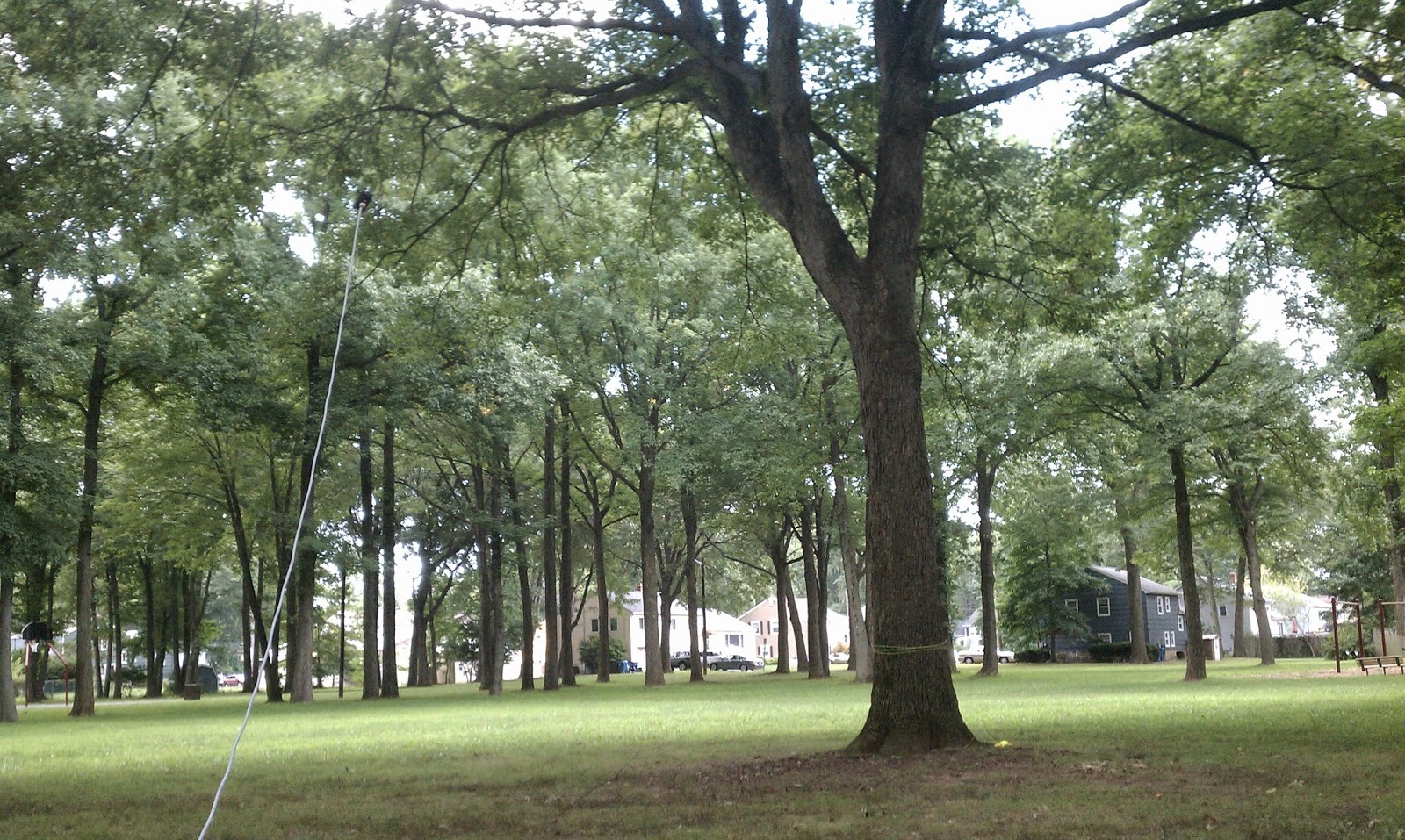 Today, I ended up using the PAR END FEDZ. I stayed on 20 and 40 Meters only, so it turned out to be the ideal antenna for the event.  The antenna launcher worked flawlessly again, and I would dare say that the end of the wire was up at the 60-65 foot level.  I don’t know if it was just me, but there was bad QSB and it seemed like one second, a station would be 599 and ESP the next second. As far as stations worked per band,  I ended up with almost a 50/50 split between 20 and 40 Meters. I listened briefly on 15 Meters, but it seemed like it was dead. 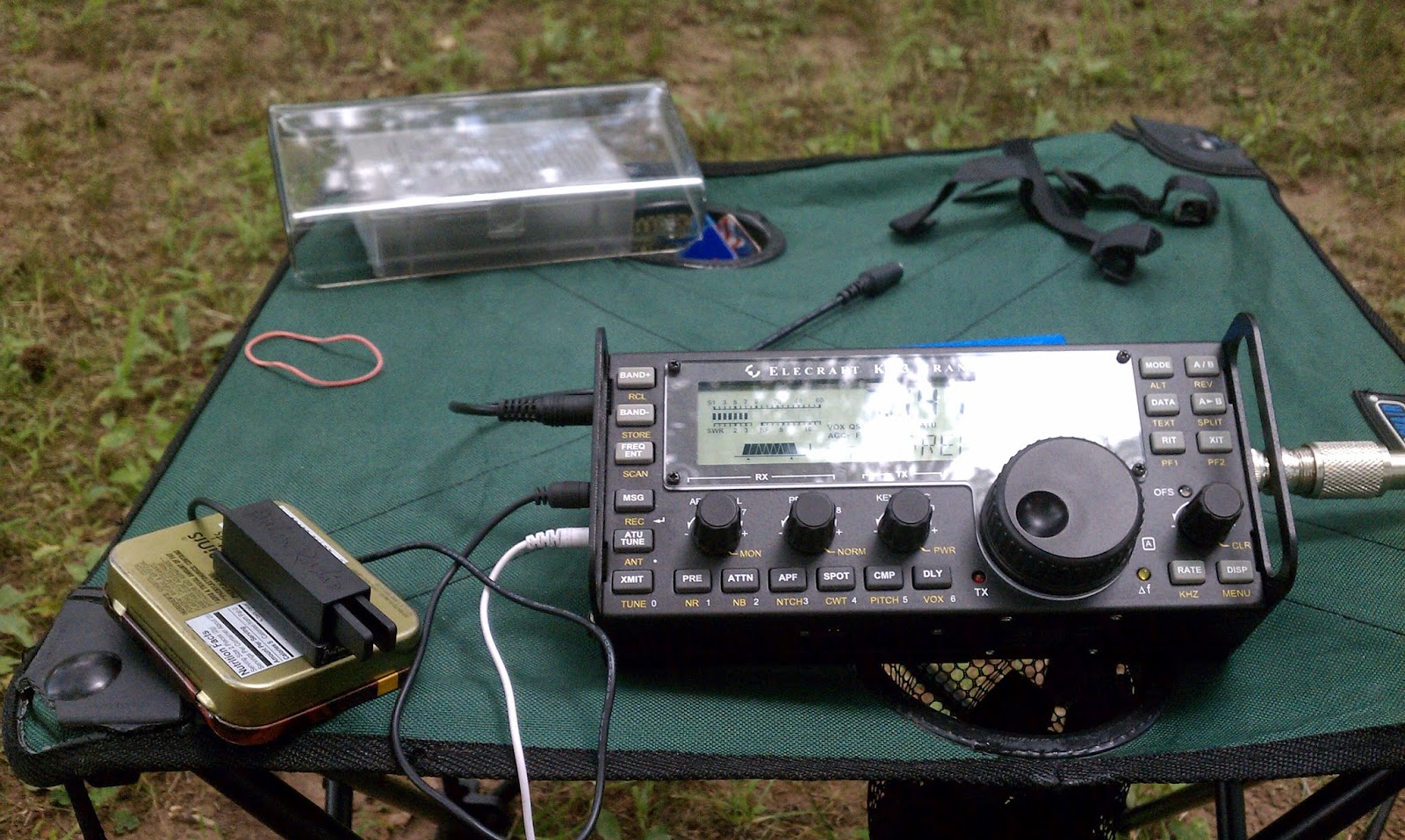 The equipment was the usual, but you might take notice of the new paddles. That’s a set of Pico Palm paddles that I recently bought from Rick K7MW.  The magnets hold the paddles securely to the Velamints tin that I use to store my earbuds.  They worked flawlessly!  If there were any CW mistakes (and there were) it was my fault, not the paddles.  They feel and work just as nicely as any full sized set of paddles.

I ended up working 41 different stations. 35 Skeeters, 6 Non- Skeeters, no DX, 19 different S/P/Cs, and I did work enough stations to spell out “SKEETER” for the 100 point bonus.  I ended up with 5,876 points. The loudest stations I heard were K3LRR, KX9X, N0SS and WA0ITP.  I worked my bud, Bob W3BBO and he was about 569. Later in the day, I heard him again on the same band, this time working WB3T. Bob’s signal had increased to an honest 589/599.  Tha bands seemed a little crazy today.

I’d like to thank not only the stations I worked, but ALL of you who participated.  This is so much fun for me – not only the event itself, but the planning and the corresponding back and forth with all of you. You guys really make this event worthwhile. My mailbox is already filling up with log summaries and I will work on those during the coming evenings.

There WILL be a Skeeter Hunt in 2015!  Hey, what better way is there to spend a beautiful Summer day than by being outside with your radio, making contacts with all your friends?

One Response to “2014 NJQRP Skeeter Hunt”