Ten metres has been open this afternoon. I was alerted to this when someone on the Transmission1 radio forum mentioned that 27MHz was full of Russian taxis. I had a listen and sure enough their FM transmissions were clearly audible well up into the lower end of the amateur 10m band. This is one of the penalties of having CB radios that are easily modifiable for use outside their allowed band, I guess. And there’s no chance of anything being done about it in Russia, the land where the Kalashnikov and the bribe determine the rules. 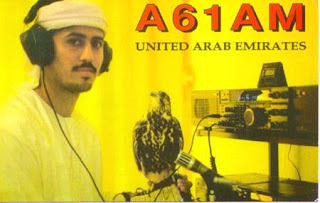 I switched to SSB and quickly worked A61AM. One of the things I love about 10m is the number of times you hear a DX station, give your call and they come right back. I was not even running full power – 80w is normally all I use. True there were a couple of pileups apparently of pirates using calls that consisted of just two letters 🙂 but I avoided those. By the way, why is it that DX stations so rarely give their own call? Sometimes you have to listen for five minutes to hear it again and verify that you logged it correctly.

Propagation was obviously good into Russia but I also worked Mike, SV5BYR on Rhodes, Barney ZS6TQ, Burhan TA1BX and Norman 5B4AIF.  It’s really great to hear 10m opening up, that’s for sure!