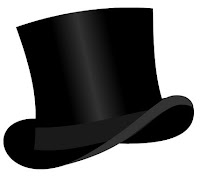 When it comes to discussion of 630m, the topic of antennas seems to top the list. One of the easiest ways to enjoy what 630m has to offer is to try and utilize a low band antenna that may already be in place. An 'inverted-L' for 80 or 160 can be readily bottom-loaded and with a few radials, can provide a good starting point ... but with a little additional work, its efficiency can be easily improved by expanding the top horizontal (top hat) section.

Jim, W5EST, has posted an interesting description of the pros and cons of the 'top hat' in a recent KB5NJD daily 630m report. Those thinking about getting on the band or those considering ways of improving their present antenna might find the information helpful.

Higher EIRP comes from a more nearly uniform current distribution all the way up a TX vertical. https://en.wikipedia.org/wiki/T-antenna . But remember that adding top hat doesn’t help you if your license is subject to a legal limit EIRP that’s reached by your station already.

A vertical without a top hat has no current at its tip, meaning the upper part of a hatless vertical is inefficiently used.  Average RF current for a hatless short vertical is only half what an RF ammeter shows at the antenna base.  Top hat lets a shorter vertical antenna yield same total radiated power TRP by increasing its degree-amperes, as discussed March 31, this blog.

2 amperes of 630m RF base current in a 10° tall hatless short vertical can give 10 degree-amps (2 x ½ x 10°) and yield 15 degree-amps with an ample top hat.  A top hat can increase average RF current by about a quarter to half, which could as much as double the TRP.

Top hat increases antenna system capacitance. You get more flexible QSY by decreasing the system Q.  SWR increases rapidly as your frequency departs from antenna system resonance, see graph Feb. 10, this blog. With lower system Q the SWR doesn’t increase so rapidly. Then you can QSY temporarily a little way without retuning or by just retuning a little in the shack instead of outdoors at the ATU.

Top hat wires can be symmetrically or asymmetrically positioned to give approximately similar capacitance whichever way.   I’ve not modeled the effect of a top hat on the azimuth and elevation antenna patterns of an electrically short vertical.  I don’t think the effect is very significant. But if you know a link or some better information about this, let us know.

If your radials have extended way beyond the extent of a small top hat high above, then providing longer top hat conductors above the radials can more efficiently utilize the radials.   If the radials mostly go in one or two directions, then for highest antenna system capacitance the hat wires should extend in those directions to couple best with the radials.  Your experience may suggest this last is not too important, especially if you have a perimeter conductor and/or several ground rods and your soil has favorable conductance.

Another top hat advantage is that top hat conductors are compatible with structural support and stabilization for the very top of an MF/LF vertical antenna.  You get added degree-amperes–and steadying at the top to boot.

If the top hat slants upward, its system capacitance contribution is somewhat decreased compared to a top hat of same length horizontally, but the vertical slant contributes radiated power. Depending on the arrangement of antenna and trees on some properties, using a shorter vertical with an upwardly slanting asymmetrical top hat may make the antenna system both easier to guy and less obvious to neighbors.

A top hat obviously requires outdoor work to construct or revise it.  You may be able to simply increase your transmitter power TPO more conveniently than to do the outdoor work.

If the top hat slants quite steeply downward, its effect on system capacitance may be a wash– more capacitance by closer approach to the ground and less capacitance because same length top hat conductor extends less outward over the ground below. That defeats a reason for putting up a top hat in the first place.

A long top hat may not fit on the available real estate.  Even if it fits, it may add to visibility as far as difficult neighbors are concerned.

Adding a top hat means you need to retune the ATU after the addition. But so does improving the radials or just about anything else you do.

Top hat conductors add more weight on a vertical than lighter-weight guying does.  The weight of the top hat likely adds to the support demanded of the antenna base.  If you put downward-slanting top hat conductors under tension at their far ends to keep them from drooping in the middle, then a lot of that tension will be imposed on the vertical too.   That can produce a buckling force on the vertical which may call for additional guying halfway up the vertical.

Top hat conductors convey a declining but substantial RF current along their length.  That involves I2R losses in the skin effect resistance of the top hat conductors. However, if your earth resistance is high or your radial/grounding system is not very elaborate, some loss in the top hat probably does not decrease the RF amperes of antenna base current very much at a given TPO compared to the improvement in radiation TRP that the top hat gives you.

Jim often adds an interesting op-ed piece to the KB5NJD daily report and sifting back through the past few weeks will provide some great 630m 'food for thought' bed time reading!
Please support our generous sponsors who make AmateurRadio.com possible: