Two things have happened over the last week. The first was that after what must be 10 years I had a decent crash on my mountain bike. Nothing too bad, just a reminder that I’m not 16 any more and that duckboards have 2 parts. One part grippy, one part slippy. The grippy bit is for the tyres not hands, kness, elbows and shoulders. The slippy bits are not for tyres. Enough of that though.

This forced lay off has had me googling rather than building stuff (that occasionally works) and I found what looks like a nice idea. From the video it looks like a simple, portable qrp hf transceiver. There isn’t much detail on the functionality but a quick dig revealed gerbers etc so a build-it-yourself could be on the cards. Without further ado, take it away Mr Colton

There’s a bit more detail here a the hackaday.io project page and a block diagram below 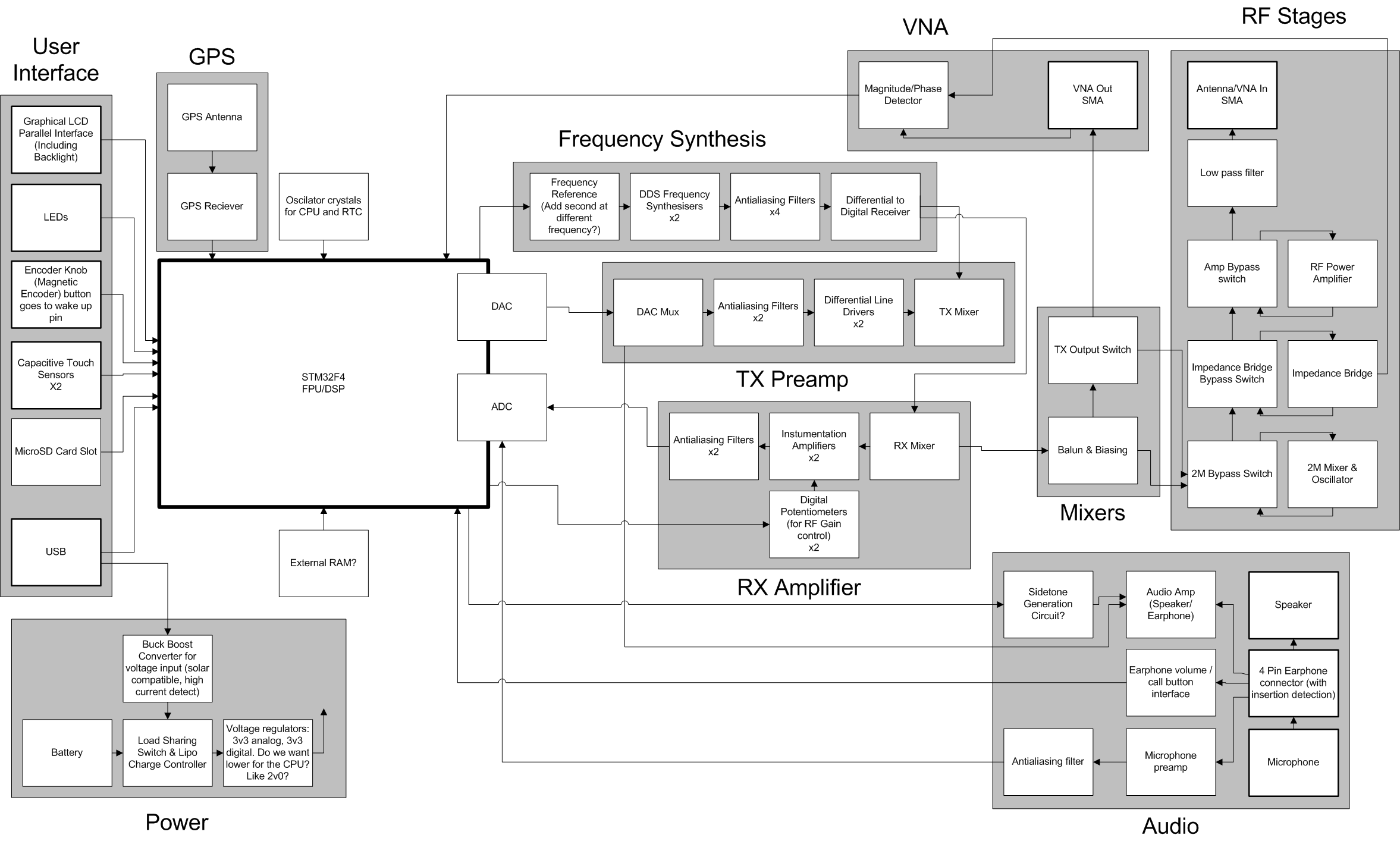