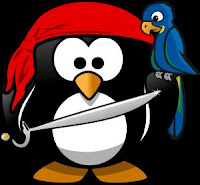 For some reason, the FCC continues to pour money into its hell-bent roundup of FM pirate broadcasters! I suspect much of this 'tough stance' is more politically motivated than for the reasons that they state, but the FCC seems to have plenty of will-power and the necessary funding ... it's too bad that they couldn't put the same zeal into getting on top of or making a start on the huge growing noise problem throughout the radio spectrum. I guess rounding up pirates is much easier than tackling the far more important noise issues, now growing so rapidly that many radio amateurs just throw up their hands in surrender and close up shop for good. Even commercial users of the spectrum are being negatively affected by the growing noise floor, as the growing Internet of Things connected devices produce even more radio crud.

It now seems that the FCC may get a further boost in its crackdown if a new bipartisan proposed federal law becomes reality. A May 9, 2018, article in Radio World reports the tabling of the new bill in the US Congress called the PIRATE Act or "Preventing Illegal Radio Abuse Through Enforcement Act". It would also be nice to see the PAIN Act (Preventing All Illegal Noise) in the RF spectrum but I see no Washington appetite for this much-needed FCC oversight.

The continued obsession for rounding up FM pirate broadcasters is fascinating in its own right. "It is time to take these pirates off the air by hiking the penalties and working with the Federal Communication Commission on enforcement", stated Rep. Leonard Lance (R-NJ).

"As reported in Radio World, the PIRATE Act proposes to hike the fine for violations to as much as $100,000 per day, with a maximum fine of $2 million. The rules currently allow the FCC to impose a maximum daily penalty of about $19,200 per day. At a Congressional hearing on the bill in March, New York State Broadcasters Association President David Donovan told lawmakers that illegal operators are undermining the nation’s Emergency Alert System, causing invasive and insidious interference, pose potential public health problems due to overexposure to radio frequency radiation, and interfere with airport communications."

It is apparent from reading investigative reports, that each acted-upon complaint requires a substantial investment of time and money as in the April 24 Notice of Apparent Liability for a case in Paterson, New  Jersey ... it seems that NJ and NY are 'pirate hotbeds'. By the end of the investigation, a team of fully-equipped FCC field agents had visited the pirate's site(s) on eight different occasions, a considerable investment in time, energy and money. In the end, a $25,000 penalty has been proposed for the offender.

I am not a fan of illegal pirate radio broadcasting in any form but the reasons stated by the FCC for the ongoing pirate purges seem somewhat shaky. In all of the investigative reports that I've read, I have yet to find any that were reported to cause "interference with airport communications" and I question the assertion that the low power levels used by most pirates are going to "pose potential public health problems due to overexposure to radio frequency radiation". One more likely reason may be the strong lobby pressure from broadcasters who see the possible loss of advertising revenue. I'm sure that many Washington electees receive healthy campaign donations from state broadcasters as well.

Although many pirate radio ops seemingly solicit advertising revenue, overall it can't be much of a threat to mainstream broadcasters. Is it just the NAB Washington lobby that is fuelling the FCC pirate craze or is it muscle-flexing from the new administration, wanting to look tough on "crime" and radio-pirates are just easy low-hanging fruit? I suspect that it may be more of the latter.

The FCC's 'Pirate Action' postings make for interesting reading as does the fascinating Westword article on pirate radio activity in Ward, Colorado, and the recent attempted FCC take-down of stations in operation since 1997!

There's no question that a lot of FCC resources are being used to eliminate unlicenced QRM. What will it take to see the same attack on unlicenced QRN as well?
Please support our generous sponsors who make AmateurRadio.com possible: