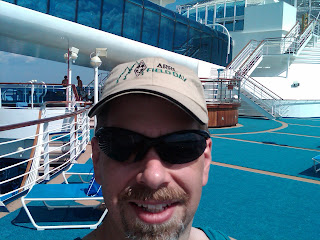 "The hot tub is QRV!"
Things have been noticeably quiet here on the blog and in the shack this past week because I was on vacation.  For the first time me, the XYL, and the harmonic went on a cruise.  I think it was the first time I've been on a real vacation in 15 years where I could actually get away from work.  I didn't even touch a computer, though admittedly I had my Blackberry along which fully worked when we were in port and also worked with voice and SMS (no EVDO) out at sea as the ship was equipped with its own cellular service.  No, believe it or not, I did not bring a ham rig.  I figured I wouldn't have enough time to use it and I was right.  It was also great not having direct access to the news or normal TV broadcasts so I could fully disconnect from the crisis du jour. 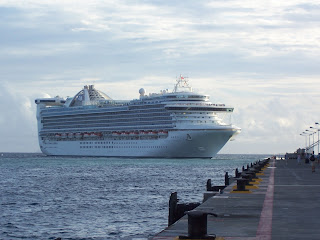 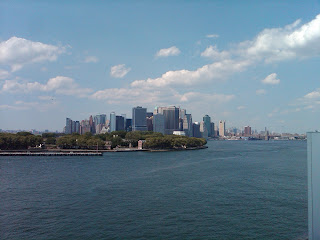 We took Princess Cruises' vessel Caribbean Princess out of New York City and went up the coast and stopped at Newport, Rhode Island; Boston, Massachusetts; Saint John, New Brunswick; and Halifax, Nova Scotia.  The ship is an amazing engineering feat for us geeks.  The ship has a passenger capacity of about 3,600 and a crew complement of 1,200.  It's powered by six diesel generators, totaling 64 megawatts of capability, if my calculations are correct.  The main propulsion is two 18' propellers in the aft powered by electric motors.  There are also forward and aft thrusters that can be rotated much more freely than the rudders which enable the ship to spin on a dime in a tight harbor.  Fuel capacity and usage is measured in tons and not liters or gallons, with the capacity about 3,500 tons.  In talking with one of the navigation officers, I believe he said the trip from NYC to Halifax consumed 1,800 tons of fuel.  (He was Italian and there was a bit of language barrier.) 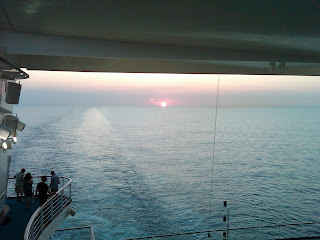 I could write a book about the trip and the excursions, but I'll close by saying if you can afford it and have never taken a cruise, I encourage you do it because you'll have the time of your life.