Despite the lack of activity on the blog, I’m still alive and QRV on the radio.  The blog had to wait.  Here are some recent activities around K8GU:

I’ve never been into making New Years’ resolutions, but some projects are in order for the next few months:

So, Happy New Year and I hope your 2014 holds as much interesting and promising to do as mine does!

First of all, Happy New Year, loyal readers.  I have been exhorted by several enthusiasts of the blog to write more.  The months of November and December are busy around the Miller household with the CQ WWs, ARRL Sweepstakes, Thanksgiving, Christmas, and an annual professional conference on the West Coast between Thanksgiving and Christmas.  So, this is a drought time of year for writing.  A number of projects around the station have been started or completed and those will be written up as time allows.  Travel and potential DX operation is on the horizon, etc, etc.  However, today’s topic is WordPress comment spam.

I hadn’t checked the moderation queue on the blog comments for about six weeks until recently.  There were some 1500 comments pending.  Exactly two of them were from real commenters.  (Thanks, by the way!)  I could subscribe to a service (like Akismet) to stem the flow of spam, but I’m a cheapskate and skimming the spam is a bit like reading the police blotter in your local newspaper—a guilty pleasure.

The Internet democratizes the sale of nearly everything, legal or not, by providing a low-cost storefront for a business that can be based anywhere in the world, plus  (semi-)anonymous payment.  This is great for obtaining otherwise unobtanium surplus electronics and parts.  But, it’s also great for anyone selling anything else that is high-risk (for vendor or purchaser) or low-volume in a standard retail setting.  The difficulty for everyone is getting your business noticed.  Enter search-engine optimization (SEO):  techniques that game search engine algorithms to increase your visibility in a search.  Google’s PageRank, for example considers the number of links to a site as a measure of its popularity.  So, blasting every blog’s comment boxes with links to your site is a brute-force way to game that system (except the smart engineers at Google have weighted PageRank with the “quality” of the linking page and a whole host of other trade-secrets).  Some SEO schemes appear also to develop trees of “link farms” to improve “quality.”  But, this is just an arm-chair assessment.

Anyhow, the upshot is that there are a lot of keywords and links embedded in SEO spam.  The keywords generally reflect what’s offered for sale and they seem to reflect typical black and gray market goods—counterfeit designer clothing (Ugg boots are the informal favorite in my spam tin, with sports jerseys a distant second), pornography, and dubious medical products and home remedies (“tattoo removal creams” was a recent example).   Today, the bit bucket found a dozen or so messages such as these: 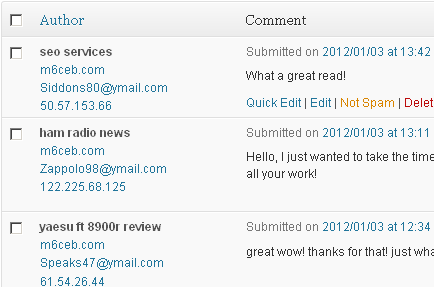 All point to the same site and contain keywords about amateur radio topics (except the SEO one at top).  So, I can infer that one of several things happened:  1. The site owner’s site got hacked and the SEO scumbags wove their material into it to make the SEO look somehow more “legitimate.”   2. The site owner acted (paid…*shudder*) on one of those spam e-mails every domain owner receives that offer to “increase traffic to your site.”  3.  The site owner is an SEO scumbag himself.

I’m leaning toward explanation #2, since the site itself makes him sound like the Homer Simpson line, “Oh, they have the Internet on computers now?!”  Whatever the case, this is inappropriate behavior and I refuse to mention the site owner by name, callsign, or link, lest the action be successful.  It’s the equivalent of splattering up and down the band on SSB when running high power to a good antenna.  You’re a lid. 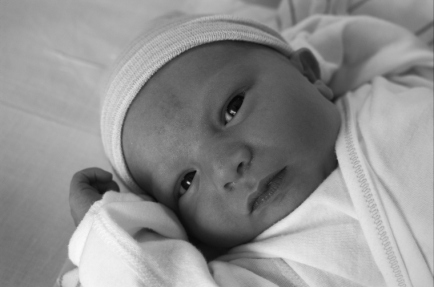 Early Monday morning, the day after Field Day, we welcomed our son Evan into the family.  We were so right to stay home!  As good friends have opined “your life will change…for the better.”  So far, I would tend to agree.  The blog will receive (even more) infrequent updates, K8GU may be a little less active on the air, and there will be fewer homebrew projects over the next few weeks and months.  A few months ago after building some UHF antennas when I pinched the palm of my hand with a pair of pliers, I watched the blood blister heal and commented to Sarah on how amazing it was for several days straight.  “You think that’s amazing?  Well, I’m growing new life inside of me.”  We laughed, but it’s very true.  Every day is something new:  grasping, gazing, grunting, and gurgling.  This is only the beginning.  That’s pretty amazing.

Several people have commented over the years that I should “write more” on the blog.  I usually respond that I could spend my free time tinkering/hamming or blogging, but not both.  Here are a month’s worth of blog posts as freestyle poetry:

A Follow-up to “New QSL card”

This is a follow-up to a post from Sunday.

On Wednesday night, Sarah handed me an envelope from the day’s mail that had the appearance of a QSL card.  I took out my knife and opened it.  It had a some sample QSL cards, along with a brochure inside.  I scratched my head for a moment and concluded that I had just received my first QSL card for a blog post.

This curious turn of events brings me around to a couple of points.  For those of you who don’t know, this blog is aggregated by AmateurRadio.com (and it is syndicated on my Facebook profile).  My agreement with the owner of AmateurRadio.com is that he provides me with visibility in return for select content from my blog.  The QSL printer who sent me the samples is one of his advertisers.  Thanks, by the way!  The cards were very beautiful and of high quality and I will consider him to print photo cards for my next DX operation.  In full-disclosure, I received nothing from the printer who printed my cards in return for mentioning them.  But, I should clarify that the blog is something I do for fun and I’m not really in the business of product endorsements.

A final point of clarification is that my beef with the available QSL cards was not so much the quality available, but amount of semi-relevant stuff hams try to cram onto the card.  I guess if 10 meters ever opened up again regularly, we might start getting asked for our “Ten-Ten” numbers again.  After listening to the V31BB clip about the secret decoder ring, I’m sort of ashamed to admit that I have one.  Strike that from the card!  The long and the short of the original post was that I wanted an uncluttered, distinctive card.  And, I think I found it. 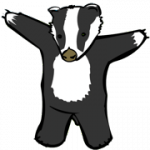 Yes, we’re running behind AGAIN. It’s the story of Linux in the Ham Shack lately. Because of that, this episode turned into an expose on our backlog of feedback. As it turns out, feedback is a good thing. We were able to address several questions and comments from listeners to the show. Hopefully the information we give out as answers to questions will also answer the questions and fulfill the needs of other listeners who are hoping someone will ask their questions for them.  We’d like to encourage everyone to send in feedback and we will address it as soon as we’re able. You can send an e-mail to the show, call our hotline at +1-888-455-0305 or +1-417-200-4811, or leave us a comment on the Web site. We encourage all our listeners to tell us what you like, tell us what you don’t like, tell KA9WKA he’s awesome, ask a question, or just tell us whatever’s on your mind. Also, if you happen to have a few extra dollars kicking around, send us a donation to help with our expenses. Keep Linux in the Ham Shack moving into the future and we’ll give you proper recognition! And if you buy some of our cool swag, you’ll also be helping out the show. Thanks so much for being a part of our world. We love you. It’s a big ol’ love fest.