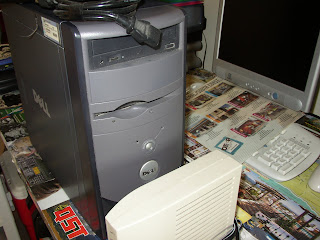 Photograph One is a retired Dell Dimension 2350 after my catastrophic hard disk failure. I could not depart with the machine keeping in mind the frugality of my Grandparent’s generation. I wondered why Grandpa collected those old screws, nails, nuts, bolts, and washers in baby food jars and his sensible wisdom is hot conventional wisdom in the shack relaxation zone. 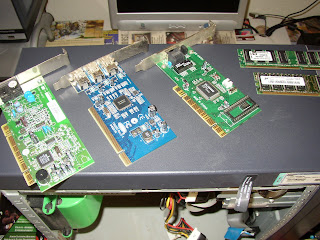 Photograph two taken of salvaged memory, fire wire card, ether net card, and video card. The only tool required was a Philips head screw driver, a flashlight for my tired eyes, and my pair of hands. 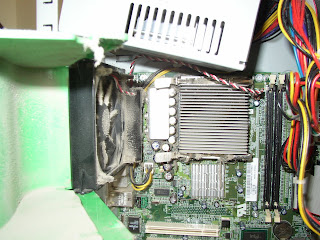 Photograph three looks at the central processing unit heat sink and hinged ducting for cooling air. The collection of dust on the components was astounding at least for this neophyte geek. An annualized desk top computer cleaning program goes into motion inside the shack. 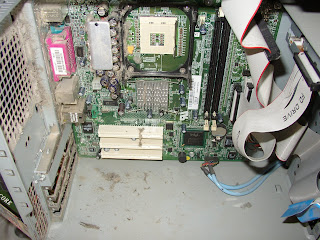 Photograph four reveals all plug-in cards removed in addition to the power supply and fan. 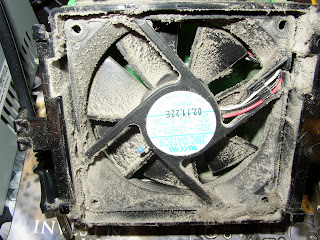 Photograph five illustrates how much dust really collects on one’s fan across several years. I recommend taking a serious look at cooling fans, especially, if one cannot recall its last scrubbing.

Additionally, rather than donate the Surfboard SB4100 Cable Modem as directed by Charter Communications, why not re-purpose this device? I want to thank NYC Resistor for their inspiration and my Grandfather for his relevant wisdom.