On Sunday I went with Derek 2E0MIX to the NARSA radio rally at the Norbreck Castle Hotel in Blackpool. Olga came too to keep an eye on me and make sure I remembered to take my tablets on time. She also took the photos (which is why there isn’t a picture of her, oops!)

It was good to be able to do something I would normally have done in years gone by. I met friends and also people who only know me (and Olga!) from my blog, spotted my callsign badge and came up to say hello.

I didn’t go to the show with any specific goal, just to have a look round. The only thing that I would have liked to go home with was the magnificent Kenwood TS990S on the Waters and Stanton stand. It was in a plexiglass cage so I was unable to get “hands-on” or even get a decent photograph of it.

There seemed to be surprisingly little interest in this very expensive radio. I suppose most people looked at it, realised it was unattainable and moved on. I dropped a few hints to Olga that it would make a nice present for my 60th birthday in a few weeks time but she, ever practical, pointed out that it would be too big for my operating desk. Oh well, it was worth a try!

Waters and Stanton were also showing a number of Elecraft products, including the K3 and KX3. It was good to see these excellent radios on display at this show for the first time.

WOTA (Wainwrights on the Air) didn’t have its own stand but I was pleased to see that Workington Radio Club had a poster about WOTA on their stand.

It was good to meet some of the people I had worked on activations and put a face to the call. Several people came up to thank me for starting WOTA, saying that it had given them a new interest or got them visiting parts of the Lake District they would never have gone to before. It isn’t often that you get a chance to change people’s lives but for some activators and chasers WOTA has done just that. (I suppose some of the credit should go to SOTA (Summits On The Air) for having the original idea.)

It was a good day out. Thanks to Derek for the ride.

Last weekend was the first really warm sunny weather of the year. Sunday 10th was the day of the Northern Amateur Radio Societies Association rally held in Blackpool. As we did last year, Olga and I booked a night in a Blackpool hotel and had a weekend away. As we drove out of the Lake District on our way south, an endless procession of cars crawled north on their way in. We wondered where they would all manage to park once they got there. 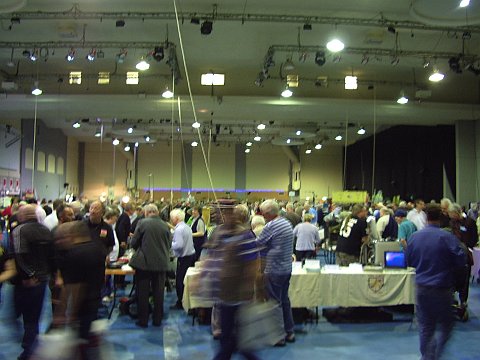 Just as last year, I failed to find anything attractive about Blackpool itself. The rally itself was worth the trip, and I managed to find a few bits I needed or hoped would come in useful, though this year I didn’t manage to find a bargain to match the brand new Motorola GP300 radio body for £1 I got last year. The same trader this year had some new VHF transceiver bodies from a now defunct manufacturer I had never heard of, but the price was now £2. He claimed that programming software was available on the web, but battery packs were unobtainable. They would perhaps be useful for someone wanting a cheap transceiver for APRS or something like that, powered by an external supply wired to the battery contacts. 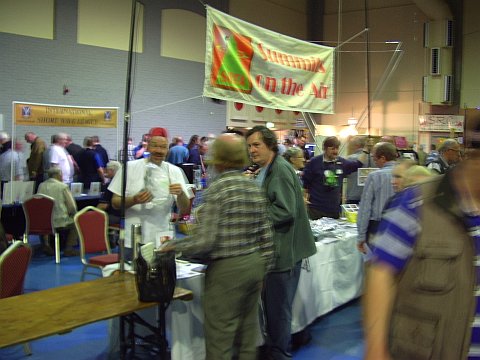 I took a few items for the bring and buy but sold none of them. When I collected them in the afternoon the chap who retrieved them for me said that it was very quiet this year, people were looking but not buying.

I met fellow blogger Paul, M0XPD, whose multimode QRSS beacon was on display on his radio club’s stand. Paul also thought attendance was down on previous years. I guess that economic circumstances and the cost of petrol made many people decide not to go to the rally this year. 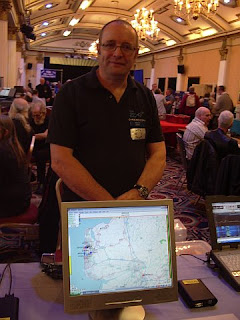 Once again Cross Country Wireless run by Chris G4HYG had a great location facing the bar and the entrance. Chris was running an APRS digipeater using Lynn KJ4ERJ’s APRSISCE/32 software and displaying his latest products including the APRS TNCs, bandpass filters and end fed antennas. Chris told me that business is very good and he actually sells a lot of his products to the USA. It is great to see a British ham radio manufacturer having success in the US market.

Sunday was also a gloriously sunny day and we returned home the same way we had come via the scenic route. To avoid Ambleside which is usually a traffic snarl-up we came over Kirkstone Pass. It is years since I had driven that route and I have probably never done it on such a nice day. The scenery was spectacular, though unfortunately it would have been too hazardous to stop and take any pictures.