directories and strained your eyes in the process. I use to hate trying to find a repeater to use while I was on a trip. Most of the time, while I was on a trip, the town that I was in didn’t have any repeaters in it, but the next town over did. Maybe it was two towns over, or the third of fourth town that I look at in the directory. Either way, it was a pain in the…well you know.

Bob had the same thinking that I did all those years ago, but he acted on it. He went and digitized all the repeater data that was available and made it into an Android app. It is now available to IPhone, Android and on the web for just a small fee.

RFinder is the official repeater directory of Canada, the United Kingdom as well as 13 other countries. This year the ARRL partnered with RFinder to print the 2017 ARRL repeater directory. This years directory has 10,000 more listings and is the first time that the ARRL has crowd sourced the repeater information. The data that RFinder uses comes from many different places including Repeater societies, club websites and directly from repeater owners.

For more information about RFinder, hear it from Bob himself in the latest episode of the Everything Ham Radio Podcast at http://www.everythinghamradio.com/podcast/75

The Jamboree-on-the-Air, or JOTA, is an annual Scouting event that uses amateur radio to link Scouts around the world, around the nation, and in your own community. Held on the third full weekend of October each year, this worldwide jamboree requires no travel, other than to a nearby radio amateur’s ham shack. Many times the hams will come to you by setting up at a Scout camporee, or perhaps they already have a ham shack at your council’s camp. There are many ways to get your Scouts involved in JOTA.

I look forward to monitoring IRLP reflector 9091 for JOTA traffic all day.

The history of the Internet Radio Linking Project (IRLP) goes all the way back to the last century when David Cameron, VE7LTD created it. His was an effort to link repeater systems across Canada using the Internet. Since then, the system has evolved, matured and grown. And it’s still growing. Today, there are nearly 1700 active nodes around the globe.

I built an IRLP node (4212) way back in 2003 and have operated it as a simplex UHF node in my home ever since. With it and my handheld transceiver, I’m only ever just a few touch-tone presses from linking my system to repeaters and other simplex nodes around the planet.

These days, much attention is heaped on D-STAR, the growing digital network promoted by ICOM. Digital systems have some advantages that might be very useful going forward in the amateur service. I use and support the continued deployment of D-STAR, but if you’re thinking about diving into linked systems, I can think of five good reasons why IRLP should be considered before taking the digital plunge:

I might also add that IRLP is available over a wider geographic region than D-STAR. That’s probably due to its ease of deployment, lower investment, and the five year head start it has on digital systems.

Linked VHF/UHF repeater systems aren’t for everyone, but I see plenty of utility in amateur radio having its own “intercom” system that provides reliable, stable, enjoyable communications — when the Internet is up and all systems are “go”.

Let us know how you get on, Scott! 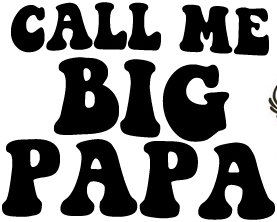 After our quick renumbering, we come now to Episode #076. It didn’t start out as an all-feedback episode, but that’s how it wound up. The best part is, we had such good feedback from our listeners it made an entire show. As it also happens, most of our discussion revolves around digital mode communication for amateur radio using Linux. We touch on D-Star, Echolink, IRLP, Allstar Link and more. If you’re interested in using computers to connect to your radios and talk around the world using a multitude of digital technologies, including VoIP, this is the episode for you.

Please keep those donations coming in for our Hamvention Fund, if you’re able. We want to be a part of Hamvention and we hope you will be, too. Thank you for all you do.