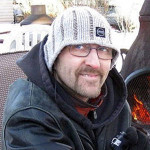 Thanks for tuning into Episode #103 of Linux in the Ham Shack. With this episode we welcome in our quasi-permanent replacement for the on-hiatus Richard. Pete, VE2XPL, hails from somewhere near Montreal in Quebec, Canada, and you can read more about him on the About Us page on this very site. In this information-filled installment, Pete and Russ discuss the FCC and other licensing bodies getting interested (perhaps too interested) in VoIP technology. They also talk about several software packages related to running ham radio loggers and an Echolink client under Linux. And then they trudge through a super, super, super, super, super long e-mail from Brad. Thanks, Brad! Keep listening, folks, you’re not going to believe what the next few episodes have in store.