Well this year's NRR has come and gone, providing a full nine days of CW fun for those of us that love old radios.

Once again, the ether filled with signals spawned from the old classic Novice-class workhorses that many of today's 'seasoned' amateurs used in their first stations, way back in their teen years. In many respects, the NRR is as close to a real time machine that you'll find, allowing participants to experience the joys, and sometimes the frustrations, of operating CW with their favorite old rigs from the past.

For me, just like last year, the NRR once again provided many notable highlights over the nine day event. 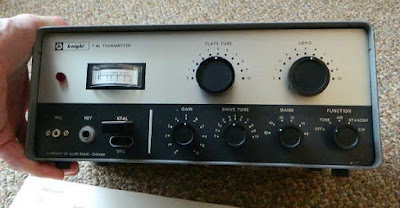 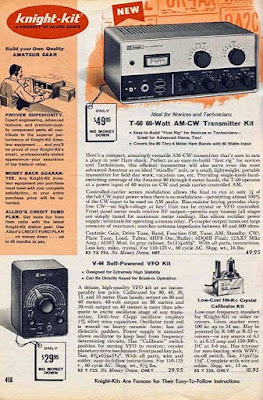 This year's band conditions were excellent as both 40 and 80m sounded much as I remember them sounding back in the 60's ... loaded with strong North American CW signals almost every night. Unfortunately, Solar Cycle 24 has taken its toll on 15m and although the band appeared to often have daily though somewhat dicey propagation, there appeared to be few NRR stations using the band.

I made three contacts on 15m this year: W5IQS in Texas, K2YWE in Maryland and WN4NRR in Florida, whose S9 reply to my 'CQ NRR' just about took my head off ... what a nice surprise to hear the booming signal from Bry's 2NT powerhouse. Dan, K2YWE, was no slouch either, as his Globe Scout was music to my ears when his signal quickly rose out of the noise just long enough to make the coast-to-coast journey. If the predictions for future solar cycles become reality, there may be many more NRRs before we experience the magic of 15m once again.


My NRR exchanges with George, N3GJ (KA3JWJ) in Pennsylvania, truly demonstrated just how well the low bands were performing. More than an hour before my local sunset, I responded to his 569 40m 'CQ NRR' only to learn that his signal, now reaching a solid 579, was coming from an original Ameco AC-1! This one-tube crystal-controlled power oscillator has, over the years, reached Holy Grail status among many amateurs. Originals are guarded like precious jewels and handed down from father to son ... or in George's case, from uncle to nephew!

I was astounded at the strength of his signal and before exchanging '73's added 'CUL on 80', not really thinking how low the chances of that might really be. Two hours later, his even stronger 'CQ NRR' was heard on 80m, as his 579 signal flirted with reaching S8 ... all emanating from just a low hanging inverted-V.  It's nights like this that remind me how I was bitten by the radio bug so many years ago and to have them coincide with the NRR was an added bonus. I've rated my contacts with George's AC-1 the highlight of this year's NRR for me!


Rich, WN7NRR / AG5M operating in nearby Washington state put some of his 44 crystals to work with his HW-16 ... that's some collection!

The runner-up highlight was my 80m QSO with Lou, VE3BDV / VE3AWA who flirted briefly with the Grim Reaper to work me on his Bare-Essentials 50C5 crystal controlled power oscillator at 7 watts. This thing is scary, being driven directly from the A.C. mains supply ... but he survived long enough to complete our QSO on 3568 kHz.

There are many more stories to share and you can soon read them all on the NRR 2018 Soapbox page once it gets published. If you participated, be sure to post your station picture and tell us about your experience!

I finished up the NRR with 123 contacts, a lot better than last year's event when I was running the Longfeller at 5 watts.

If you think that you might enjoy participating in the next event then now is the time to start preparing ... just 353 more sleeps until the 2019 NRR begins!!
Steve McDonald, VE7SL, is a regular contributor to AmateurRadio.com and writes from British Columbia, Canada. Contact him at [email protected].