It's been about 18 months since I started learning Morse Code in order to use it for making CW contacts in amateur radio.  Learning the code allows you to recognize the letters, numbers and punctuation but it's akin to when you learned your "letters" when you were a child.  Knowing the alphabet is just the first step to "reading".  So it is with learning Morse Code. 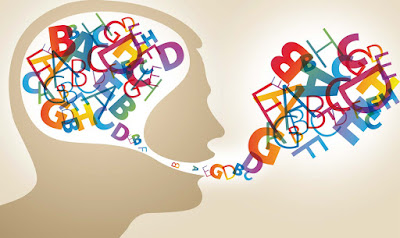 When I started making contacts using CW it was fairly formulaic. I even had my QSOs written out with regard to what I was planning to send and what I expected to hear during each exchange.
But then my copy and sending speed increased beyond 17-19 words per minute and I could no longer type or write down what I copied fast enough to comprehend and I began to head copy.

Head copying is when you stop transcribing what you hear and listen to it as you would a conversation and only take notes on salient points.  This was a big step for me and it has been a difficult transition.
Using Morse Code to communicate at speeds faster than it can be written straddles the weird place between hearing and reading.  We learn morse code by its sound but at slower speeds, say below 30wpm what we are "hearing" is letters, not words so we are having to buffer those letters in our head to spell words.  When we "listen" to someone speak we are not hearing them speak letters but complete words, when we "read" our brains are not looking at individual letters but at complete words.  When we hear Morse code at 20-25 wpm we are hearing very slowly pronounced words and it is a new skill that has to be learned.
This skill is necessary for ragchewing.  A ragchew is a long QSO between two amateur radio operators. This is generally what amateur radio operators are doing on the radio when they're not contesting, ...

How to practice for a ragchew

So after you learn the code, how do you learn to use it in a conversation?
I struggled with copying ragchew QSOs at 20+ words per minute for most the spring and early summer of 2016.  Just listening to QSOs alone wasn't cutting it for me.  During my lunch time at work I began regularly using my CW training application on my phone to send the top 500 words at 25wpm and it has been a big help to me.
I had to learn the skill of not just recognizing letters but holding what I was hearing in my brain long enough to turn it into a word and just as importantly not to get hung up on a word that I couldn't immediately recognize but let it go and pay attention to the next.  To me, this has been a bigger learning curve than recognizing the alphabet and numbers at speed.
In addition to learning to buffer the letters until they form a word I must also keep the slowly accumulating set of words in my head until it forms a sentence or makes sense as to what is being communicated.

THIS IS COMMUNICATION with Morse Code and it is different than anything else we are familiar with so treat it as learning a new skill.

Now if all you are trying to do with CW is contests, you don't need this skill.  You just need to be able to copy a call and whatever designators are sent after it for the contest rules (state abbreviation or a contest number or grid square) and get it copied into your logging program.  But if you want to communicate at speeds above 20wpm you will need this new skill.

After you've practiced with machine sent top 100 or top 500 words you'll still need time copying actual QSOs because more often than not, most operators you will communicate with have lousy spacing and run their words together or use so many abbreviations that you'll have to learn to hear the abbreviations as new words.  When I work an operator who runs things together I'll first try to really exaggerate my word spacing during my exchange to give them a hint and if that doesn't work I ask them put more space between their words.  Some will comply, but some folks just don't seem to know how to leave space so I'll catch what I can, politely respond to what I could understand and then move on.

So if you're getting discouraged when you reach a wall of comprehension, try the steps above and with time I think you'll find your comprehension during a ragchew improving and it will take you to a new place in the hobby.

That's all for now

So lower your power and raise your expectations... and put extra space between your words!

KA8BMA pointed me to a nice reference created by W0XI for the top 100 "Ham Words" used in QSOs... check it out most common ham words
Richard Carpenter, AA4OO, is a regular contributor to AmateurRadio.com and writes from North Carolina, USA. Contact him at [email protected].